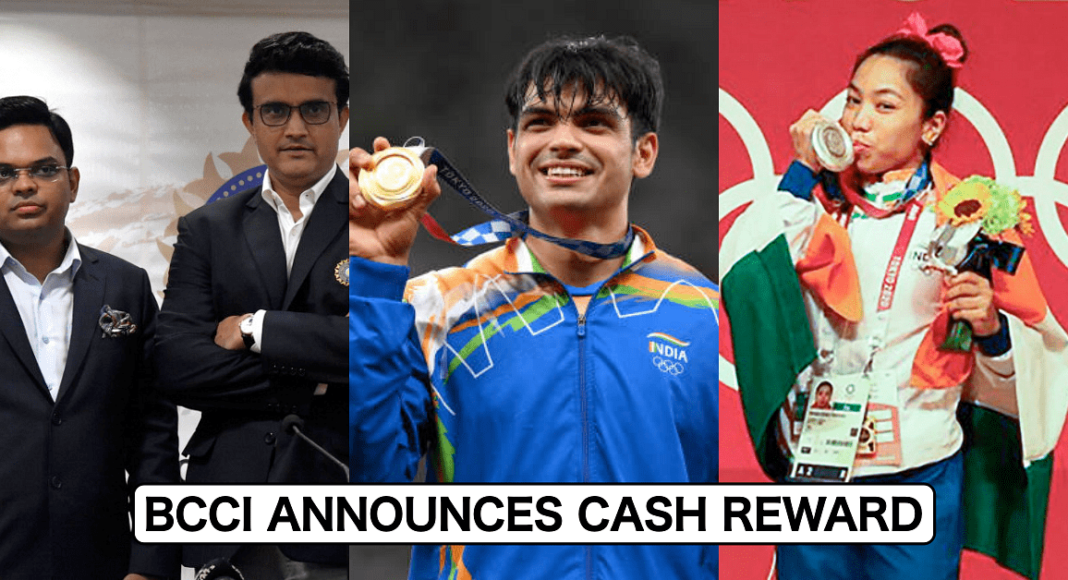 New Delhi: The Board of Control for Cricket in India (BCCI) announced cash rewards for Olympic medal winners from India on Saturday.

Through a tweet, BCCI also announced that cash rewards would be given to each of the medalists. Indian players Mirabai Chanu and Ravi Dahiya will be provided with 50lakhs each. Mirabai Chanu acquired India’s first weightlifting reward at the Games. Ravi Dahiya became the second wrestler solely from the nation to gain silver next to Sushil Kumar.

Moreover, the Indian men’s hockey team will receive Rs 1.25 crore for their magnificent appearance, maintaining a medal after 41 years.

“As a sign of gratitude and recognition on his heavenly performance, CSK is granting Rs. 1 Crore to Neeraj Chopra,” stated CSK in a declaration.

“CSK will be creating a unique jersey with the figure 8758 as a sign of honour to Neeraj Chopra,” it continued.

Share
Facebook
Twitter
WhatsApp
Previous articleA thrilling match ahead: Eye on Indo-Pak rivalry as Neeraj Chopra eyes on historic javelin medal in the Olympics
Next articleMahindra Group announce an XUV700 SUV for Neeraj Chopra after his gold at Olympics