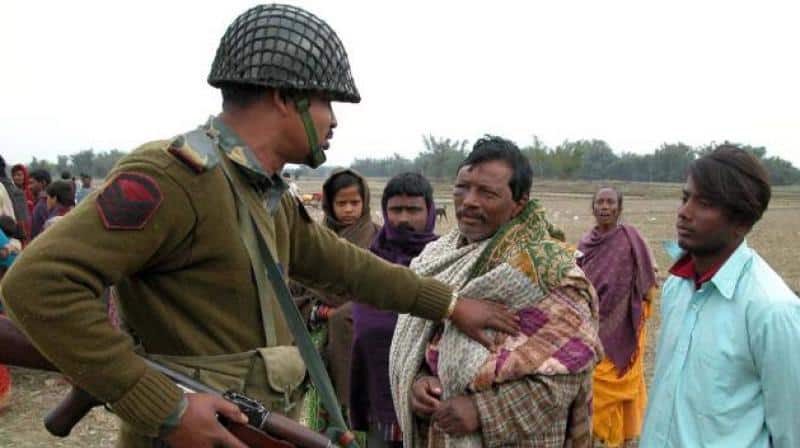 Guwahati: The Government Railway Police personnel (GRP) had arrested nine Rohingya refugees, including three women and a child in Assam’s Guwahati in the month of June. They were allegedly carrying fake UNHCR (United Nations High Commissioner for Refugees) ID cards. The group was accompanied by an Indian citizen – Aman Ullah of Jammu’s Narwal.

Upon investigation it was found out that one Aman Ullah had direct links with a Jihadi group identified as Arakan Rohingya Salvation Army (ARSA) and under whose direction, Aman Ullah was setting up secret Jihadi camps and sleeper cells in Assam.

The GRP has transferred Aman Ullah’s case to the NIA for further probe. Aman revealed during interrogation that Bangladeshi youths are infiltrated through hidden tunnels below the Indo-Bangladesh border. The youths are then sent to designated areas to further purpose of Jihadi training.

This year in January, the Assam police had found a 200-metre-long hidden tunnel connecting India and Bangladesh in the Karimganj district of the state. Located in southern Assam, Karimganj shares a 92 km long border with neighbouring Bangladesh. Cops suspected that the secret tunnel was used for illegal infiltration, smuggling and other illicit activities belong the fencing.

In yet another successful crackdown of illegal Bangladeshis residing in Assam, Assam police arrested two Indian dalals (middlemen) who assisted Rohingyas and Bangladeshis in entering India from Bangladesh. Also three other Bangladeshis were also arrested along with the dalals. After Sahabuddin landed in police net, several calls started coming in the dalal’s phone from Bangladesh.

Share
Facebook
Twitter
WhatsApp
Previous article“Reach out for help. You will heal one day and the healing journey will begin within!”
Next articleAssam’s Anti-Corruption Cell nabbed Lanka High School head assistant on bribery charges