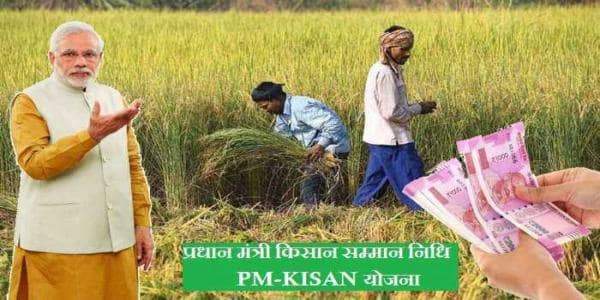 Digital Desk: The 10th installment of the Pradhan Mantri Kisan Samman Nidhi (PM-KISAN) scheme has left almost 7 lakh farmers in UP in great shock. And pray why? The beneficiaries have been asked to return the money received under the scheme due to reasons comprising of ineligibility of terms and conditions.

As per a report stated in Hindustan Times, at least 7 lakh farmers in Uttar Pradesh found to be either paying their income tax for earnings from their agri-sources, or were found not eligible to get the benefit of Rs 2000 per installment.

The PM-KISAN scheme pledged to help the farmers with an amount of Rs 6000 per year, released in four installments of Rs 2000 each directly into the bank accounts of the beneficiaries. The HT reports, quoting officials stated that the 7 lakh farmers of Uttar Pradesh, who have received the installment money, were actually not eligible for the scheme and have time until the state assembly elections, to return the amount to the banks.

Anyone not abiding or not returning the money shall be held accountable for fraud, as stated in the report.

The scheme vowed to benefit a total of 10 crore beneficiary with the disbursement of more than Rs 20,000 crore. During the programme, Prime Minister Narendra Modi also released equity grant of more than Rs 14 crore to about 351 Farmer Producer Organizations (FPOs), which will benefit more than 1.24 lakh farmers.

Beating the Retreat ceremony will feature a 1,000-drone spectacle