“Rags to Riches” Once a McDonald staff now a Billionaire 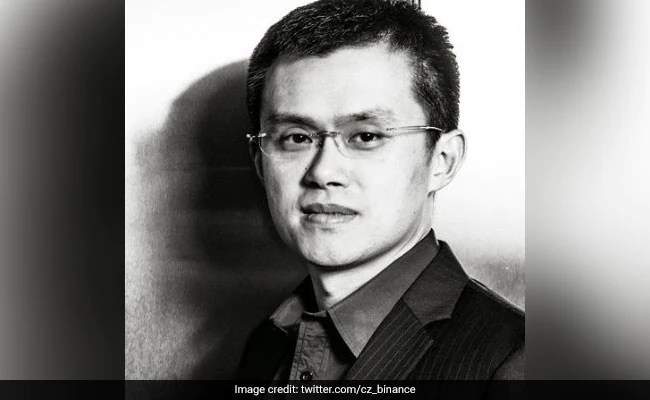 In December last year, among these elites, there was a figure commanding an unlikely accent: a former McDonald staff; a burger flipper and software engineer who practically overnight sprang into the ranks of the world’s wealthiest people- cryptocurrency pioneer Changpeng Zao.

According to those familiar with the issue, CZ, as he’s known among cryptophiles, is swiftly becoming a regular in the United Arab Emirates, meeting with the aristocracy in Abu Dhabi who are keen to bring his Binance exchange to the country. He has bought an apartment in Dubai and hosted meals near the world’s tallest structure, the Burj Khalifa, and on the city’s Palm Jumeirah island, making him the most visible figure in the country’s burgeoning crypto scene.

Zhao, 44, fits in in a region noted for its opulence: According to the Bloomberg Billionaires Index, he is worth $96 billion. It’s the first time Bloomberg has calculated his worth, which tops Asia’s Richest man, Mukesh Ambani, and rivals tech heavyweights Mark Zuckerberg and Larry Page and Sergey Brin of Google.

Zhao’s fortune could be significantly larger, as the wealth estimate doesn’t consider his personal crypto holdings, including Bitcoin and his firm’s own token. The so-called Binance Coin surged roughly 1,300% last year.

Zhao, a Canadian citizen, was born in the Chinese province of Jiangsu. During the Cultural Revolution, his father, a university professor, was exiled to the countryside and moved the family to Vancouver when CZ was 12 years old. He was once a Mcdonald staff who used to earn his pocket money flipping burgers there.

Zhao grew up around technology and went on to study computer science before landing finance roles in Tokyo and New York, including a four-year tenure at Bloomberg LP, the parent company of Bloomberg News.

In Shanghai in 2013, he met Bobby Lee, then-CEO of BTC China, and investor Ron Cao, who both persuaded him to invest 10% of his net worth in Bitcoin during a casual poker game.

He took the plunge after spending some time researching it and ended up selling his condo for Bitcoin. Binance (a combination of binary and finance) was launched in 2017 and soon grew into a crypto powerhouse. Zhao even got a tattoo of the company’s emblem on his arm.

Binance has risen to the top of the cryptocurrency market for trading “alternative coins,” which are less liquid than more established tokens like Bitcoin and Ethereum and have become some of the most speculative areas of the market. According to Coingecko, the company’s international exchange provides trading in more than 350 coins, which is more than double what Coinbase offers.

According to Tim Swanson, head of market intelligence at Clearmatics, a London-based blockchain startup, Binance succeeded in building “user stickiness” in part by allowing clients to utilise Binance Coin to minimise trading fees.

Share
Facebook
Twitter
WhatsApp
Previous articleAssam Book Fair transforms Chandmari into a Covid hotspot
Next articleBanks will be closed for 5 days from tomorrow; check out the dates

More than 16 crore people forced into poverty in the first 2 years of Pandemic: Report