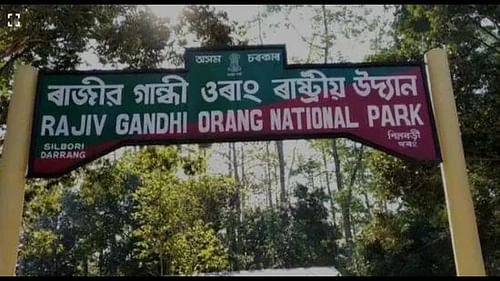 Ripun, in a letter to Chief Minister Himanta Biswa Sarma, appealed to the government to revoke the cabinet resolution to withdraw the decision to rename, Rajiv Gandhi Orang National Park.

Bora also described how the people of Assam will remember Gandhi for his significant role in the history of the 1985 Assam Accord which put an end to years of bloodshed during the Assam agitation.

The decision of this name change will hurt the sentiments of the people of Assam and will serve no fruitful purpose in leading Assam to the path of development, “rather it reflects a lack of respect for a great leader who sacrificed his life for the country,” said Ripun.

“There is every reason to believe that your above decision seems to be nothing but political vendetta towards the former prime minister who differs from the political ideology of your party. Given the foregoing facts and circumstances I urge you to reconsider the above decision and retain the nomenclature of the Rajiv Gandhi Orang National Park so that history will not term it as a bad precedent in the coming days,” he said.