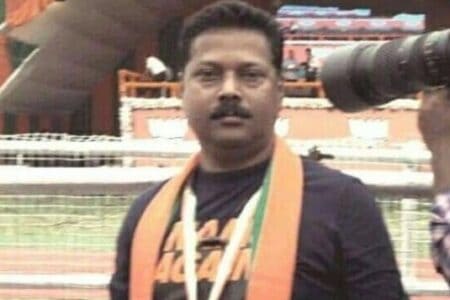 Mithuranjan Das, party head of Bharatiya Janata Party from North Lakhimpur, is very close to Sarbananda Sonowal and many other BJP leaders and Ministers in Assam.

He left a three-page suicide note before he took this extreme decision to end his life. In the note, he described that how debt had forced him to commit suicide.

Mithuranjan Das along with a fellow BJP leader supplied food at the Covid Care Centre at the Laluk College with an aim of making money, in return for this, both the leaders were supposed to receive an amount of Rs. 17 lakhs from the government. Mithuranjan in his suicide note said that he did not receive any payment for all the works that he had done.

After this hard financial burden on him facing serious mental pressure, Das took the decision to end his life this morning inside his room.

Meanwhile, the Laluk Police reached the residence of the deceased BJP leader and his body has been sent for post-mortem.