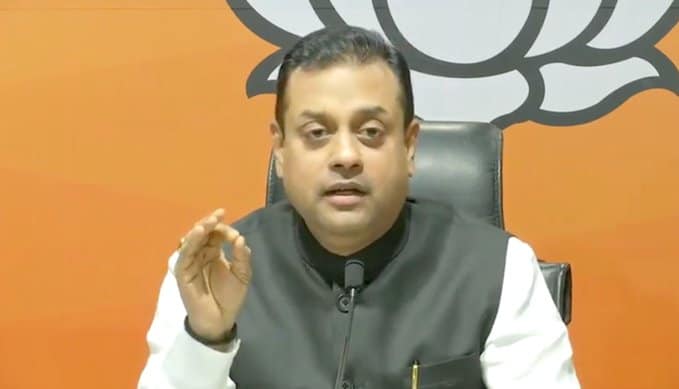 New Delhi: BJP’s spokesperson Sambit Patra stated that there is no reason for anyone to place a spy on Congress leader Rahul Gandhi. The remarks were made on Wednesday as a response from the saffron party over the issue of Pegasus Project.

“If his phone has a weapon, yet he doesn’t file a complaint and only does press conferences. Why would anyone spy on Rahul Gandhi? He is unable to run the Congress party. What will be gained after spying on him? Rahul Ji, you should get your phone checked,” Patra stated during a press conference as reported by ANI.

“PM Modi calls for meetings on important issues, but Congress boycotts them. You (Rahul Gandhi) are saying that a doctored motive (Pegasus) is important for us, not Covid-19. You are playing with the lives of people. You are suppressing the voices of people.”

The BJP leader further comments saying, “Opposition parties are more concerned regarding saving their close ones.”

He said “PM Modi is focused on working for the development of the country. What do Opposition parties want? They have only one goal and that is to save their families. Rahul and Priyanka only want to be settled politically. PM Modi’s only concern is settling India on the path of development. The public understands the drama of opposition unity.”

Addressing to media, after a meeting Rahul Gandhi stated that they are only concerned regarding one question. Whether the administration of India had bought Israeli spyware Pegasus to practice it as a “weapon against its people.”

“We are only asking if the government bought Pegasus and snooped upon Indians,” the Congress leader said. He contended that the Pegasus row is “not a matter of privacy”, but of “anti-national work. Narendra Modi, Amit Shah has hit the soul of India’s democracy by using Pegasus against India, its institutions,” Gandhi stated.