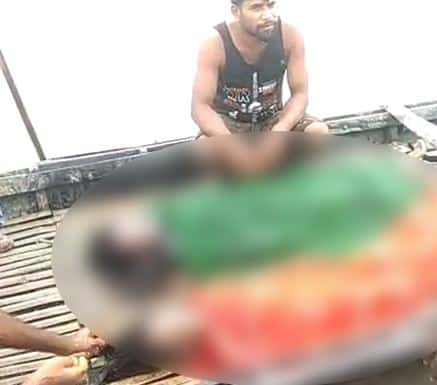 Dhubri: The SDRF with the help of few local people, recovered the bodies of two minor girls from Fakirganj in Dhubri, who went missing in the Brahmaputra River.

The minors were missing since Monday morning and the bodies recovered on Tuesday morning.

The bodies have been handed to their respective parents. It is yet not clear how the girls fell into the river. An investigation has been initiated by the local police into the mysterious death of the girls.

Meanwhile a body of a 17 year old boy has been recovered who drowned while bathing in Ranganadi river of Doimukh town in Papum pare district of Arunachal Pradesh. The body was recovered yesterday afternoon after the boy went missing on September 11 at around 3.10 pm.

An NDRF team recovered the body from Lakhimpur district of Assam.

The deceased has been identified as Pankaj Gurung. On receiving information, a team of 12 NDRF stationed at Lekhi moved to the incident site at 6 kilo, Kimin and began a search operation on Sunday.

Decision on cinema halls reopening will be taken next: Keshab Mahanta