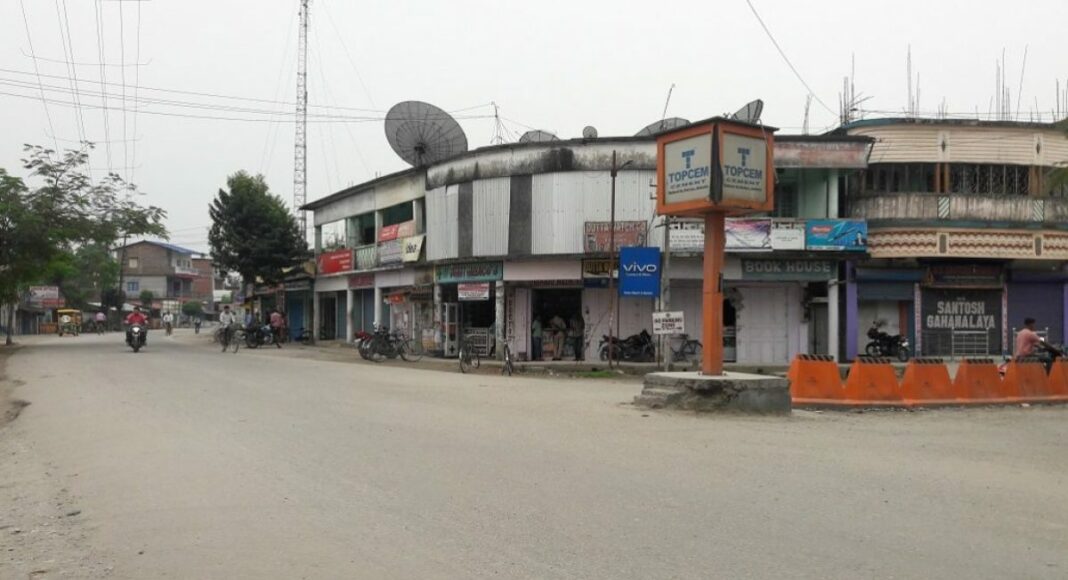 Guwahati: The bandh called by all Bodo people of Bodoland Territorial Region(BTR) has affected the regularity of normal life in Udalguri and other parts of the region.

The bandh has been announced from 6 AM to 6 PM on Monday. This action has been taken in protest against the encounter carried out by the police against the two Bodo youths.

The organization claimed that the police carried out the encounter by suspecting two Bodo youths as members of an extremist group.

However, there are certain exceptions declared by BTR concerning the bandh. This exception includes schools and medical stores that are exempted from the bandh.

A new extremist group named United Liberation of Bodoland (ULB) was formed by some youths asking for an autonomous Bodo state. In a viral video, it is seen that a group of youths wearing a military coat and using black face cover, resenting against the Bodo Peace Treaty signed among the Centre, the Assam government and former militant organizations of the BTAD.

On September 18, Assam police gunned down two suspected members of a new extremist group in Kokrajhar’s Ultapani forest range. However, the newly formed ULB organization said that the two deceased people were not connected with their militant group.

The ULB organziation posted that the Bodoland Territorial Region (BTR), including the present government are completely accountable for killing these two individuals.