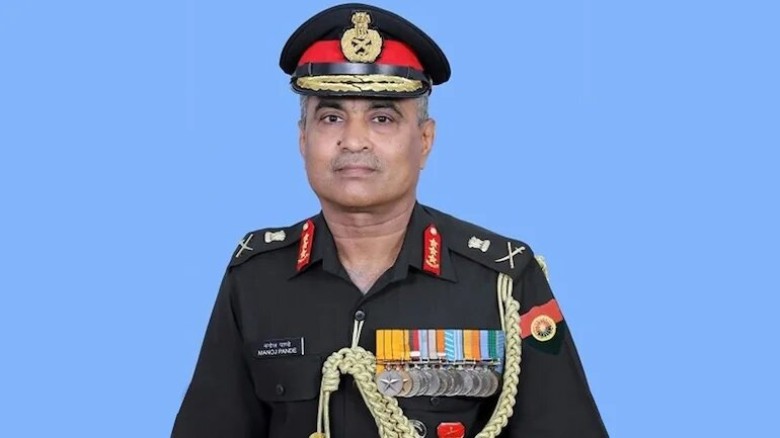 Manoj Pande will succeed General Manoj Mukund Naravane, who will leave office on April 30 after a 28-month term.

Digital Desk: Lieutenant General Manoj Pande has been appointed as the next chief of the Indian army. He will be the 29th Army Chief and the first engineer to assume the top position.

Manoj Pande will succeed General Manoj Mukund Naravane, who will leave office on April 30 after a 28-month term. After Naravane, Pande is the most senior.

On Monday (April 18), the defence ministry announced that the government had decided to appoint Lt Gen Manoj Pande as the next chief of the Indian army.

Pande was serving as Indian Army General Officer and since February 1, 2022, he has been the Vice Chief of the Army Staff.

Notably, after a few top commanders retired in the last three months, Pande became the most senior.

He was previously the General Officer-Commanding-in-Chief, Eastern Command, which he assumed on June 1, 2021. From June 2020 until May 2021, he was the Commander-in-Chief (CINCAN) of the Andaman and Nicobar Command.

Lt Gen Pande, a graduate of the National Defence Academy, joined the Bombay Sappers in December 1982. He has held various important command and staff positions in conventional and counter-insurgency operations in all types of terrain over his long career.

During Operation Parakram in the Pallanwala area along the Line of Control in Jammu and Kashmir, Lt General Manoj Pande commanded an engineer regiment. Following the terror assault on Parliament in December 2001, which took India and Pakistan to the verge of war, India launched Operation Parakram, large-scale deployment of troops and weapons to the western frontier. He has also worked as the UN's lead engineer in Ethiopia and Eritrea.