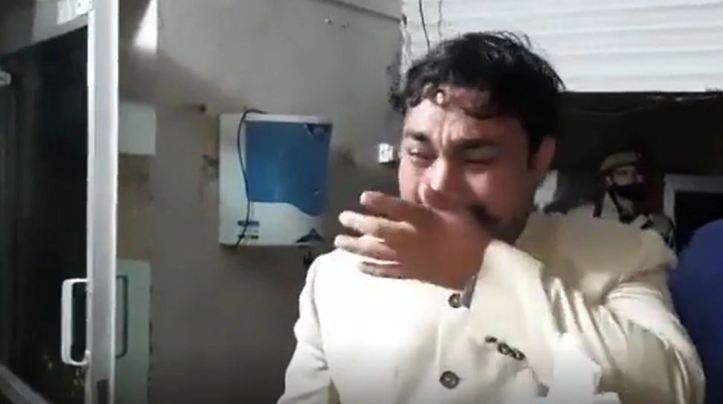 Lucknow: Uttar Pradesh politics is taking a dramatic turn in the last few days, as the series of defections, resignations continue, forcing the ruling BJP party to device strategies for the upcoming assembly elections 2022. Meanwhile, the Bahujan Samaj Party (BSP) in Uttar Pradesh sees no turn of any good events as allegations of tickets being sold at high prices is surfacing in front of the Election Commission.

An incident of a BSP leader being denied election ticket has surfaced wherein the leader was seen crying bitterly after being denied party ticket. The leader, identified as Arshad Rana, reached the police station and complained to the station OC Anand Dev Mishra that he has been denied a party ticket.

The BSP leader alleged in his complaint, “Back in 18 December 2018, I was to be announced as a Vidhan Sabha candidate from the Charthaawal Constituency in Uttar Pradesh. I was to be offered the ticket by Shamshuddin Raain, but on the condition that I give them some money. I even got ready to pay the money as well.”

Later on, Arshad Rana was called to the party meet where leaders arrived, assuring him of providing the party ticket. He was even asked to continue his work and not to worry for the election candidate list.

Rana further alleged that he paid Rs 67 lakhs as token money to Shamshuddin Raain, as requested to put his name in the probable election candidate list for the upcoming assembly elections.

Also read: Over 1,020 sq kms of forest cover lost in NE states in the last 2 years

Later on he demanded an explanation from the party high command for such deception. He was again asked for another Rs 50 lakhs. Rana even accepted this and was ready to pay the amount. But few days later, another BSP leader was announced as the election candidate for the party from the Charthawaal constituency.

Speaking in between his sobbing, Arsha Rana has demanded justice and his money be returned back. He also threatened to commit suicide in front of BSP head quarters, located in Lucknow if justice is not provided in his case.