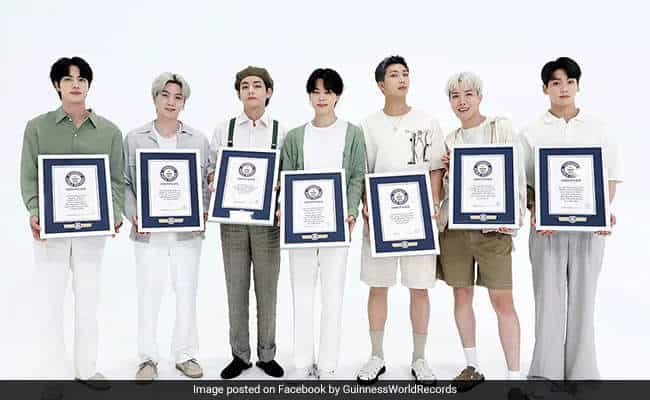 Seoul: Here is a great news for all BTS lovers. the popular all boys K-pop band, BTS has been inducted into the 2022 Hall of Fame by the Guinness World Records for holding 23 records. BTS is a popular South Korean K-Pop band, who have their fans and supporters all across the globe.

Guinness World Records said in a statement, “BTS has earned an astounding 23 Guinness World Records titles in music and social media, an incredible feat made possible by the ARMY’s unwavering support. They are now the most-streamed band on Spotify (beating Coldplay from the United Kingdom) and the most followed music group on Instagram.”

It went on to say, “In terms of the bluebird app, BTS’ official accounts snagged the record for most Twitter engagements (average retweets) by a music group (a record they’ve broken four times!). Butter, their May 2021 release, broke five records on its own, including the most viewers for a music video debut on YouTube (previously held by BTS’ hit Dynamite) and the most-streamed tune on Spotify in the first 24 hours.”

Last month, BTS released a remix of Butter featuring Grammy-winning rapper Megan Thee Stallion. According to Billboard, the original song spent nine weeks at the top of the Billboard Hot 100 charts, making it the longest-running number-one single of 2021 so far.