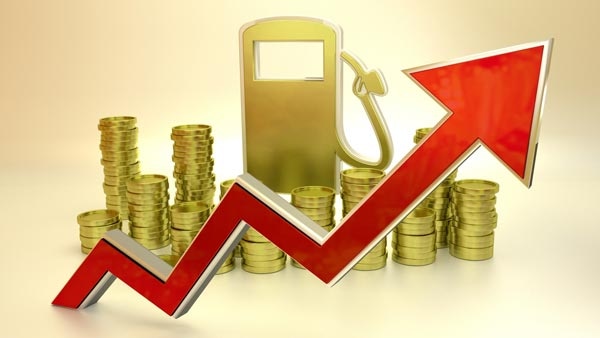 As India is 85 percent reliant on imports to meet its oil needs, retail prices adjust in accordance with the global movements.

Digital Desk: On Friday, petrol and diesel prices were raised by 80 paise per litre, the third rise in four days. With these three consecutive hikes, starting from March 22, diesel and petrol prices have risen by Rs 2.40 per litre. According to a price notification issued by state fuel retailers, petrol in Delhi will now cost Rs 97.81 per litre, which was earlier Rs 97.01, and diesel rates will go up from Rs 88.27 per litre to Rs 89.07. The hike is the highest in a single day since the daily price revision began in June 2017. A record 137-day rate revision pause ended on March 22 with an 80-paise-per-liter increase in rates, with similar proportion hikes following in the subsequent days. Notably, fuel price had been stagnant since November 4 in anticipation of assembly elections in states such as Uttar Pradesh and Punjab, during which the cost of raw material (crude oil) had risen by USD 30 per barrel. The rate increase was supposed to be coming into effect soon after the final result of the assembly elections on March 10; however, it was postponed. According to Moody's Investors Services, fuel retailers IOC, BPCL, and HPCL collectively lost around USD 2.25 billion (Rs 19,000 crore) in revenue due to holding petrol and diesel prices during elections in the five states. As per Kotak Institutional Equities, "Oil companies will need to raise diesel prices by Rs 13.1-24.9 per litre and petrol prices by Rs 10.6-22.3 per litre at an underlying crude price of USD 100-120 per barrel. Moreover, CRISIL Research said, "Rs 9-12 per litre increase in retail price is required for a full pass-through of an average crude oil price of USD 100 per barrel, and a Rs 15-20 per litre increase is required if the average crude oil price rises to USD 110-120." As India is 85 percent reliant on imports to meet its oil needs, retail prices adjust in accordance with global movements. Also Read: Petrol and diesel prices hiked again for second consecutive day; details here