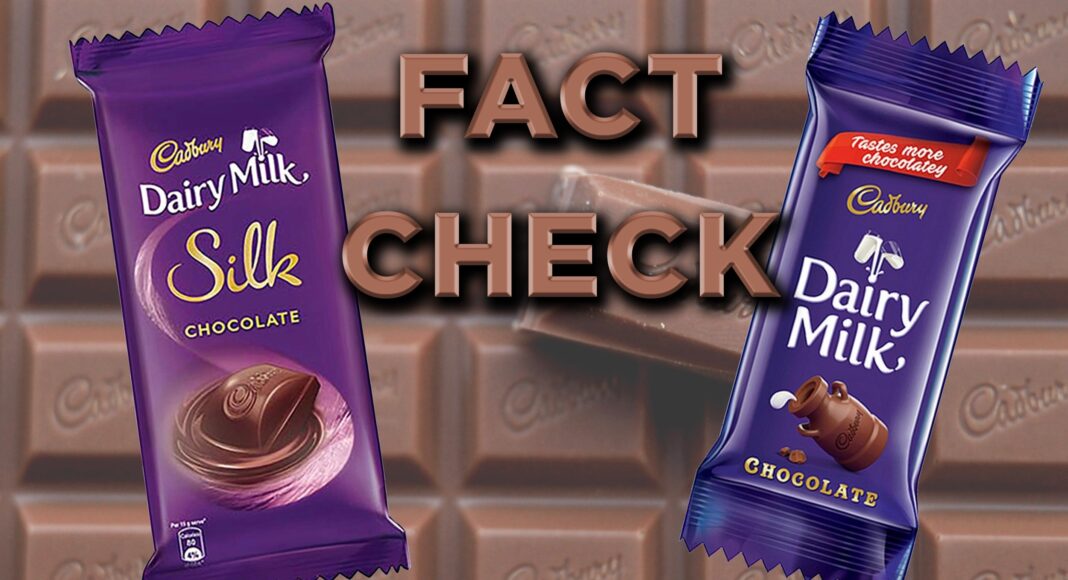 The company released an official statement after hundreds of users on Twitter called for a boycott of Cadbury products. Their boycott call came after a screenshot from a website saying that if a product contains gelatine as an ingredient, that means it was derived from beef, which was shared widely on social media. Amid the call by a section of people to boycott Cadbury products, the British multinational confectionery company issued a clarification, rubbishing claims that it has been using gelatine in some of its products. The company also said negative posts can hurt its image.

“The screenshot shared in the Tweet is not related to Mondelez/Cadbury products manufactured in India. All the products manufactured and sold in India are 100% vegetarian. The green dot on the wrapper signifies that,” Cadbury said on Sunday. “As you can well imagine, negative posts like these, damage consumer confidence in our well-respected and loved brands. We request our consumers to please verify the facts related to our products before sharing them further,” it added.

“Only #boycottcadbury Won’t do. Must be penalized for playing with religious beliefs and law of the country (displaying green dot on wrappers) in spite of animal source is added,” one Twitter user said.

“@DairyMilkIn can you clarify the emulsifiers used in the products are plant-based or animal-based with proof. Because @fssaiindia clarified in RTI that they don’t have any method to check whether emulsifiers are vegetarian or not,” another user tweeted.

As more and more people shared the screenshot and commented on the issue, Cadbury Dairy Milk tweeted its clarification and responded to Twitter users. Some users even pointed out that the screenshot being shared is that of Cadbury Australia’s website.