Call for ‘Bharat Bandh’ on September 25 by Samyukt Kisan Morcha 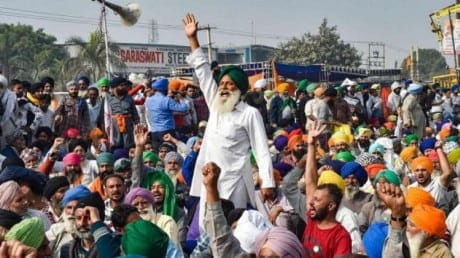 New Delhi: The Samyukt Kisan Morcha, which is spearheading the anti-farm laws protests, called for a ‘Bharat Bandh’ on September 25. The move is being aimed at further strengthening their anti-farm agitation and expanding the farmers’ protests which began in November last year.

Addressing a press conference at Delhi’s Singhu border, Ashish Mittal from Samyukt Kisan Morcha said, “We are calling for a ‘Bharat Bandh’ on September 25. This is happening after a similar bandh was organized on the same date last year, and we hope that it would be more successful than the one last year which was held amid the coronavirus pandemic.”

The two-day convention chaired by Sanyukt Kisan Morcha’s Ashish Mittal, also the convener of the all-India convention by farmers that was conducted on Friday, saw the attendance of representatives from 22 states, of not just 300 farm unions, but also members of organizations working for the welfare of women, labourers, tribals, as well as youth and students.

During the convention, discussions, and deliberations took place on the farmers’ struggle that has been going on for the last nine months, and it focused on making their agitation against the farm laws a pan-India movement.