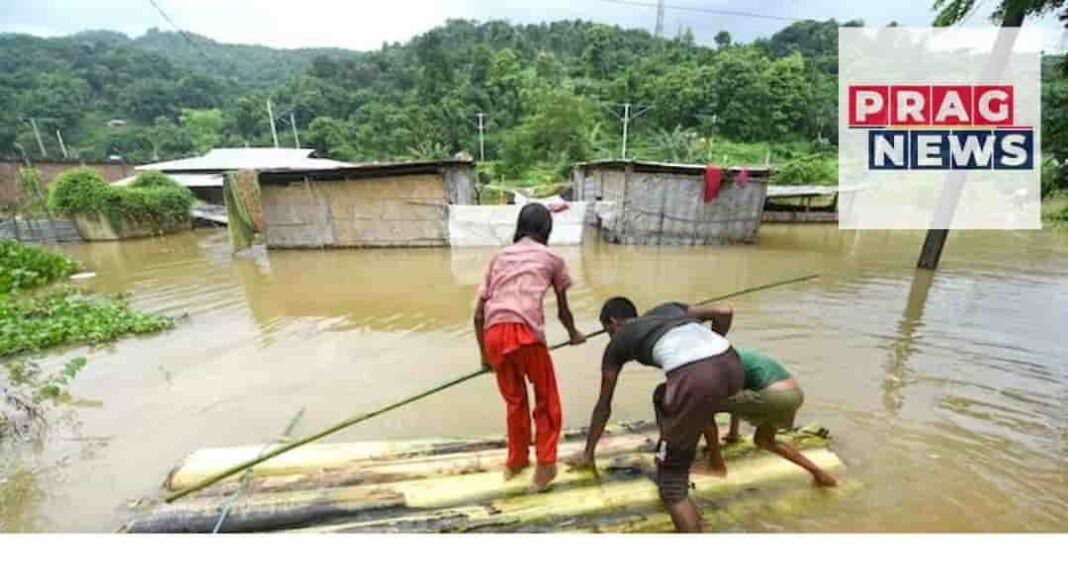 The new climate vulnerability index indicated that the state of Assam and Andhra Pradesh are at risk. The report released by the Council on Energy, Environment and Water (CEEW) examined 640 districts in India.

The report ‘Mapping India’s Climate Vulnerability – A District-level Assessment’ was released. The report was backed by the India Climate Collaborative and Edelgive Foundation.

Assam’s districts Dhemaji and Nagaon, Telangana’s Khammam, Odisha’s Gajapati, Vizianagaram in Andhra Pradesh, Sangli in Maharashtra and Chennai in Tamil Nadu are among India’s most climate-vulnerable districts, observes the research.

More than 80% of Indians live in areas exposed to climate hazards. It means 17 of 20 individuals in the nation are unsafe to climate dangers. The report further states that more than 45% of these districts have experienced “unsustainable landscape and infrastructure changes”.

The CEEW report shows that most districts in India have been made especially vulnerable due to “landscape disruptions”. The issues include the disappearance of forest protection, over-construction, degradation of wetlands and additional natural eco-systems.

“The anthropogenic activity in developing the land usage and hence degradation of natural eco-systems which means that an already vulnerable district becomes even more vulnerable to impacts of natural disasters. For example, Puri in Odisha has ever been inclined to hurricanes. However, it has undergone 49.78% loss of wetlands and 39% loss in mangroves over the years. This would act as a natural barrier, making it more vulnerable,” stated CEEW Programme Lead and author of the study, Abinash Mohanty