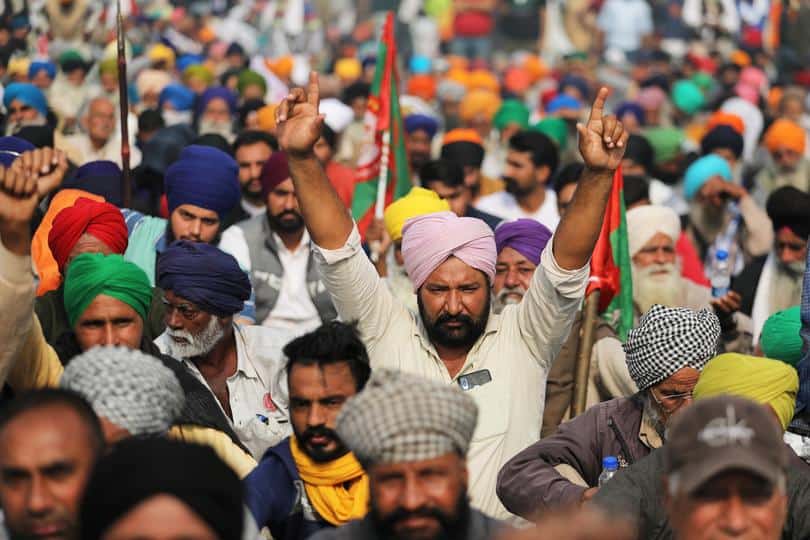 New Delhi: In a development towards fulfilling the promise made by Prime Minister Narendra Modi, the Centre has informally asked farmers to nominate representatives to form the minimum support prices (MSP) panel.

The move came a day after Parliament repealed the three contentious farm reform laws the protesting farmer unions asked. Their additional key demand is a legal guarantee that all farmers will get remunerative rates, one and a half times the overall cost of production, for all their produce.

On November 19, the Prime Minister announced a board would be created “to support zero budgeting based farming. This initiative is to improve crop model as per the growing requirements of the nation. The board will further help to make MSP more efficient and transparent.”

Kulwant Singh Sandhu, general secretary of Jamhuri Kisan Sabha, stated, “We have received a message from the government concerning the submission of names of five people to be included in the board. The Samyukt Kisan Morcha (SKM) will meet on Wednesday to choose the names comprising farm union leaders and experts.”

He added that the farm laws have been repealed and if their additional demands such as creating a board on MSP and considering its modalities. The demands for the removal of FIRs against farmers are similarly to be met, “it will be a strong point to end the dharna.”

The SKM, spearheading the agitation by farmers, is supposed to announce its planned development of action on December 4, 2021.

Jagmohan Singh Patiala, GS of BKU said, “Now we should start discussions about lifting dharnas from the borders. This discussion should begin within the unions soon.”

SKM added, “We wish to clarify that we have not received any formal or informal invitation from the Haryana government. No meeting has been scheduled yet.”