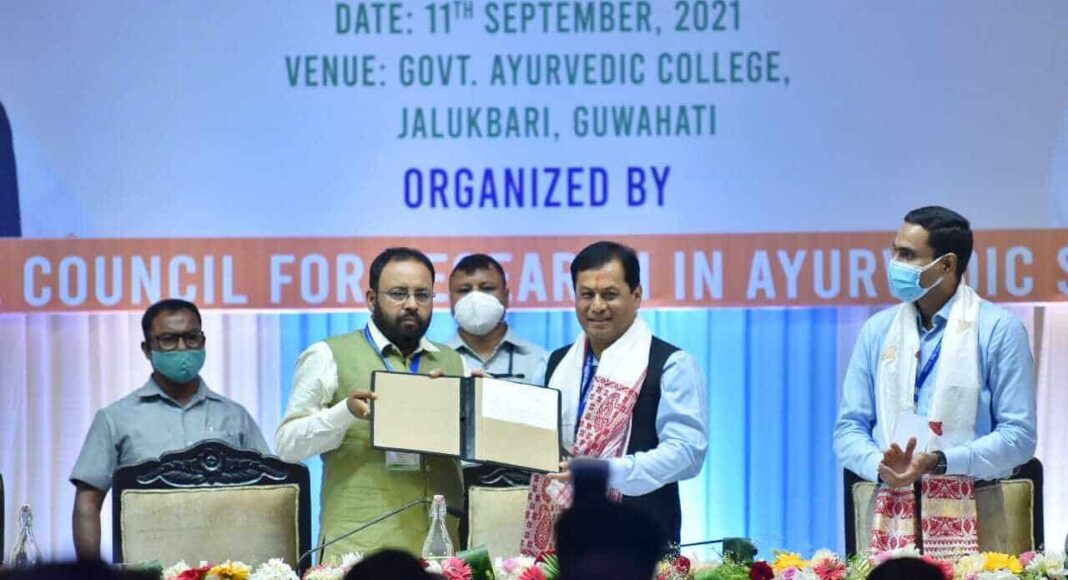 While addressing a press conference at Guwahati, the Union Minister, said “That there are only a few AYUSH colleges in the North-East and the Indian traditional medicine systems can only be popularised by making available more qualified practitioners.”

“Earlier, under the centrally sponsored scheme of the National Ayush Mission, the government provided financial assistance of Rs.9 crores to state governments to open new Ayush colleges. Now, the Government of India has enhanced this amount to Rs.70 crore.” Sonowal said.

Reportedly, the Ministry of AYUSH has accorded in-principle approval for upgrading the Government Ayurvedic College, Jalukbari as the center of excellence with the support of up to Rs 10 crore.

Moreover, the Ministry will provide Rs. 5 crores to upgrade the under-graduate teaching colleges and Rs. 6 crores to improve the infrastructure of post-graduate institutions.

Stressing about the greater aspects of AYUSH, Sonowal stated, “Career opportunities in the Ayush sector for professionals of all disciplines have increased dramatically during recent years. Consequent to these efforts, faith in the Ayush ecosystems has been restored among communities worldwide.”

Assam Health Minister Keshab Mahanta was the guest of honour at the conference.

The Ministry of AYUSH had earlier this month successfully held a landmark conference of AYUSH ministers of all north-eastern states and deliberated upon developing the infrastructure for popularizing the Ayush stream in the region. Today’s conference was the next step with experts discussing the education and career opportunities in AYUSH.

Share
Facebook
Twitter
WhatsApp
Previous articleMore than 4 lakh contraceptives smuggled from Bangladesh, seized in Assam
Next articleTwo days conference of Tourism and Culture Ministers of North Eastern States to be held on September 13-14