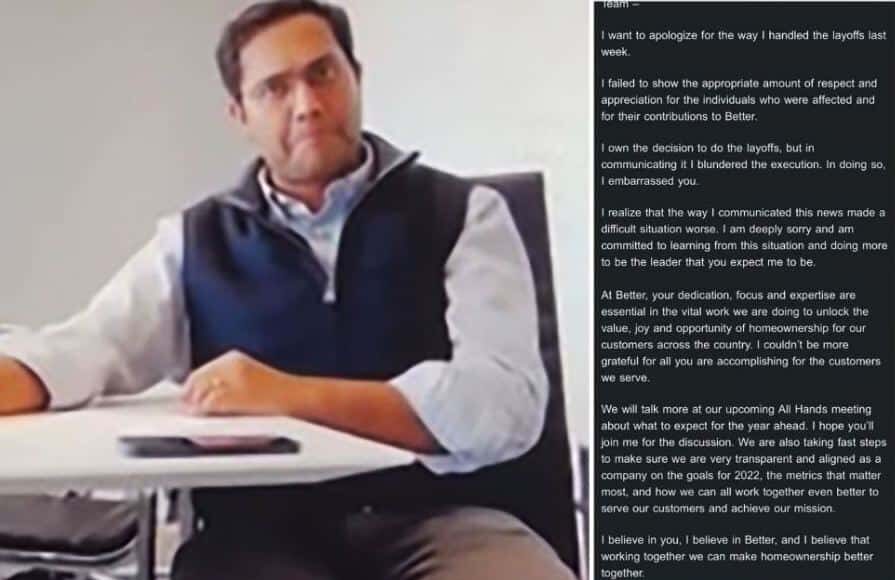 New Delhi: The chief executive officer (CEO) of Better.com, Vishal Garg, is under fire these days after he laid off 900 employees on a Zoom call that barely even lasted three minutes.

The video of Vishal firing his employees during a Zoom call has gone viral on social media and the young CEO is now facing the wrath of the netizens.

A CEO has now apologized for the way he handled the situation, saying that he “failed to show the appropriate amount or respect and appreciation for the individuals who were affected and for their contributions to Better.”

Gagr faced intense backlash from across the world as the video of him firing his employees went viral on social media. In his apology note, Garg took the responsibility for firing 900 employees but said he “blundered the execution.”

“In doing so, I embarrassed you. I realize that the way I communicated this news made a difficult situation worse. I am deeply sorry and am committed to learning from this situation and doing more to be the leader that you expect me t be,” he said.

Founded in 2016 with his headquarters in New York, Better.co, offers mortgage and insurance products to homeowners through its online platform. The CEO had cited the market, performance and productivity as reasons behind lay-offs.