Chandigarh: Rohtang tunnel landfill to be developed into a tourism village 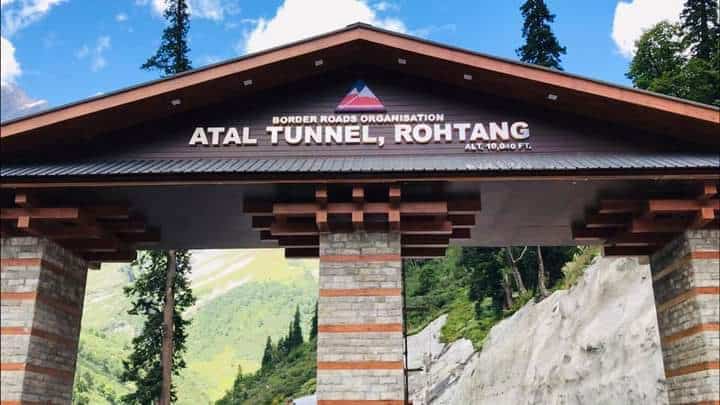 The Border Roads Organisation excavated 15 lakh cubic meters of earth and dumped it at the landfill site at Sissu near the tunnel’s North Portal in Himachal Pradesh’s Kullu district.

“We have asked the BRO to return the land allocated to it for different activities to set up a tourism village,” said Lahaul and Spiti deputy commissioner Neeraj Kumar.

Ten months after Prime Minister Narendra Modi opened the Atal Tunnel at the 13,058-ft Rohtang Pass, the Himachal Pradesh government has decided to develop the landfill site adjoining the North Portal into a tourism village.

When contacted, state tourism director Amit Kashyap said, “Nayi rahein nayi manzilein (New routes, new destinations). The tourism village will have cafes, walking trails, eateries, and a hotel, too. There will be rural haat (exhibition area) where tribal residents of the region can display and sell local organic produce besides articles of traditional attire and accessories.”

Once the plan is ready, the government will apply for forest clearances.

The government plans to run vista dome buses with a glass rooftop for a panoramic view through the region. The bus will ply through the 8.8-km tunnel between Manali and Leh.

There are plans to develop ski slopes at Tiling village in Lahaul to boost tourism in the Himalayan valley. Tiling, which has a population of 35 people according to the 2011 census, is 2km from the North Portal.

The ₹32,000-crore tunnel has shortened the 474-km distance between Manali and Leh by 46km and has further cut short the journey by two-and-a-half hours.

The tourist footfall has been on the rise since the Covid restrictions were lifted as the second wave subsided in June. After the opening of the tunnel in October last year, more than 3.45 lakh vehicles have crossed the tunnel.

“Normally, the number of vehicles crossing the tunnel ranges between 600 and 2,300 vehicles a day,” says the superintendent of police Manav Verma.

The government plans to improve amenities, including building toilet facilities, for tourists as littering and waste disposal have emerged as concerns along the Manali-Leh highway.