Chronology of Brahmaputra boat tragedies: Whom to blame? 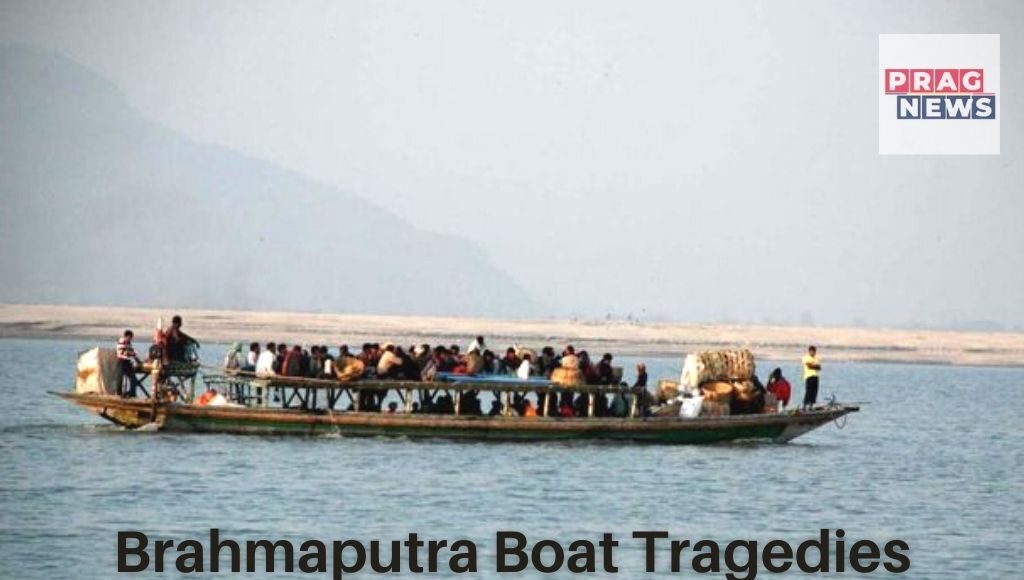 Guwahati: Since childhood, we were taught not to play the victim with fire, water and air. These are the most powerful and fragile things on earth. Yet, perhaps, individuals are seen not taking them seriously.

Years pass by, but the tragedy of losing people due to boat accidents in Assam continues. Has it become a ritual of the mighty Brahmaputra to take lives every passing year? Or Is it simply the carelessness of some who play victim all around.

The Assam ferry sinking incident of 2012 commences the ritual of Brahmaputra taking lives. On April 30, 2012, a ferry carrying nearly 350 passengers overturned in the Brahmaputra River in the Dhubri district of Assam.

The rage of a cyclone breaks the boat in the middle before sinking in downwards. A survivor of the incident stated, “Passengers had begged the skipper to beach the ferry on a sandbar when the storm hit midstream, but he refused. Then the storm became more intense and the boat split into two parts before sinking.”

The disturbance happened near the Fakiragram village in the Dhubri district, nearly 350 km (220 mi) west of Guwahati.

As part of the convention, the Government announced compensation for victims of the boat disaster in Dhubri district. However, measures for the protection of citizens vanished just like the sham words of leaders and administrators of the state.

Years later, on September 5, 2018, another boat accident brought misery among the state’s people. A motorboat got capsized in the Brahmaputra near Ashwaklanta temple in North Guwahati.

The motorboat, also called ‘BRAHMAPUTRA’, carried 36 passengers off Guwahati to Madhyam Khanda Ghat in North Guwahati. Unfortunately, it hit the poles and got overturned. Several were the victims of this tragic incident.

Once again, as an act of formality, then Chief Minister Sarbananda Sonowal manifested and other leaders displayed grief over the misfortune and loss of lives and announced an inquiry into the incident.

Are we just satisfied with the oder of a probe on specific issues? If not, why has no one ever tried to get into the depth of these inquiries?

Order on inquiries are simply a diversion for the rage of people over such accidents. Inquiries have never turned into a solution so far. These are simply the tricks of sympathy towards the victims and their close ones.

Just like the solutions, boat accident continues. On September 8, 2021, the Nimati Ghat tragedy once again proved the negligence of the Assam government and the carelessness of the Inland Water Transport Departments.

Two boats were carrying more than 100 passengers collided in the Brahmaputra river, leaving several missing, one dead so far. The disaster happened when a private boat titled ‘Ma Kamala’, headed to Majuli from Nimati Ghat, struck with boat ‘Tripkai’ while coming from the island.

The Assam government has ordered an enquiry into the boat accident. In addition, Assam Chief Minister Himanta Biswa Sarma and several other leaders posted grief and sadness over the incident through social media platforms.

The chronology of these boat accidents in Assam brings light to the same procedures followed by the Government every time. So there is a chronology in taking measures as well.

Every time the Government delivered their sense of grief for the misfortune, followed by an enquiry over the incident and gradually compensation for the lost lives. Its a chronology settled by the state for every such setback.

Witnessing the events and history of these boat accidents, we can observe that providing helpline numbers, compensations, inquires are not changing these disasters from taking place.

These disasters are man-made to a certain extent. Nature has its ritual of taking back. But, precautions are meant to be taken ahead of time. So, when climate specialists and researchers already claimed the possibilities of disasters, why are individuals considering them as shams?

If people can believe the words and promises of governments before the polls, why can’t the words of climate researchers? Why are precautions simply a forgotten lines of a book?

Besides, overcrowding has always been a vital concern for all such incidents. However, Government has not taken any strict measures for such travellings.

The state government has not taken any proper safety measures for the passengers, such as providing life jackets, training to the safety guards and likewise.

As per sources, the mother of Parimita Das (lost life at Nimati Ghat tragedy) said that she had asked the safety guards to save her girl from drowning. However, there were no actions taken by the guards.

According to reports, there were no accurate records of people travelling on the ferries every time. More often, ferries are seen to be overcrowded, which gradually turns into such tragic events.

Lately, the Assam government has ordered the suspension of three engineers for the tragic Nimati Ghat boat accident. But, the dilemma is whether this suspension is a solution or simply another distraction for the negligence of government measures and safety rules over travelling and infrastructure.

Whom to blame and whom to ask for a change? Is it you who can stop stepping into overcrowded boats or the Government can provide strict rules for ferry travelling. Fairly, it is the duty of both the citizens and the Government to take precautions and stop such losses in the times to come.