Coimbatore: 7-year-old boy takes over the Internet with his spoof video about news reportage 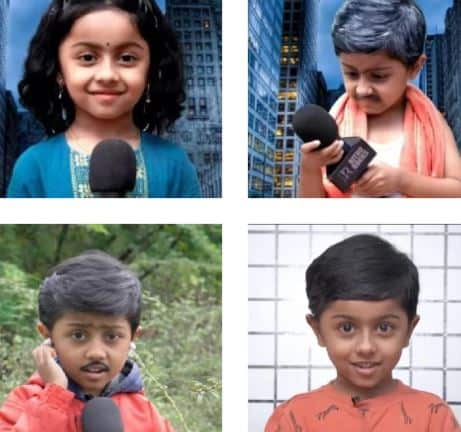 A seven-year-old boy from Coimbatore has taken over the internet with his spoof video about news reportage.

During the coronavirus lockdown, Rithu watched news clips on mobile phones most of the time. His father had already started a YouTube page to save videos of his son’s mischief but was taken aback when his son bounced the idea of him starring in short skits.

As an experiment, the duo created a small spoof skit over news reportage with Rithu as an anchor, Rithu as a field reporter, and Rithu, also as the commoner.

The eight-minute skit turned out to be an example of Rithu’s absolute wisdom especially owing to the fact that he could portray each character with utmost flawlessness.

Rithu’s pronunciation of Tamil words with crystal clarity jogged the memories of the audience of several Tamil journalists.

One of Rithu’s videos on his channel called Rithu Rocks has garnered over 2 lakh views within four days of being made available online and thus went crazy viral on social media.

When asked if he is happy with his overnight fame, Rithu was confused as he couldn’t grasp the concept of popularity. Rithu said that he’s interested in science and wants to become an astronaut in the future. Rithu has over 81,000 subscribers on his channel.

His mother Asha said that the idea was just to showcase her son’s wisdom. She was not prepared for the fame that he attained within such a short period of time and said that she has no idea as to how to handle it.

Rithu, from a young age, left his father astonished by his capacity to memories and enact any part. Rithu’s father Jothi Raj said that he started the YouTube channel and partnered with Tamada Media to create the videos and is so proud of his son’s success.