Countrywide Bank Strike: Banks to remain close on these two days in February 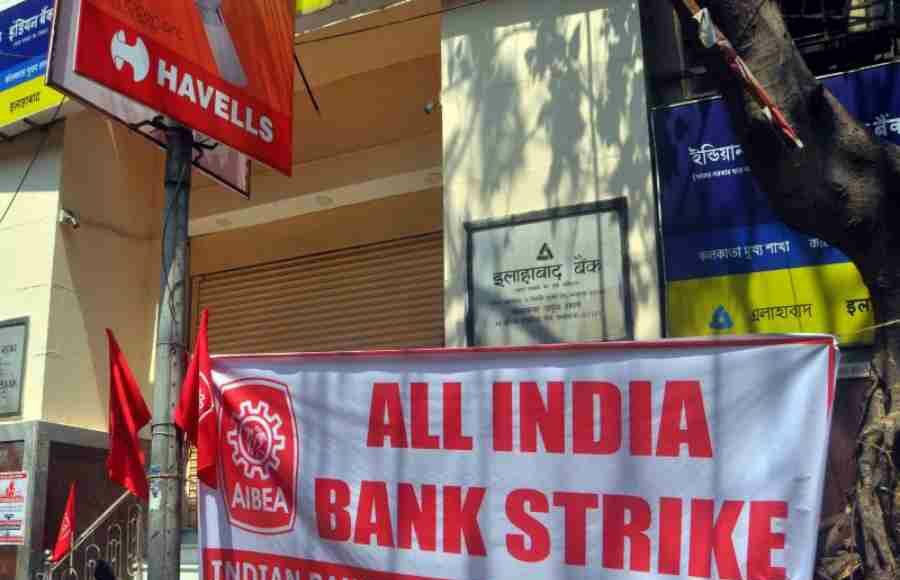 Digital Desk: To protest the central government’s “anti-worker” policies, several Central Trade Unions have called for a two-day countrywide bank strike on February 23 and 24, 2022. According to PTI, the Central Committee of the All India Bank Employees Association (AIBEA) resolved to join the strike on January 3, 2022. Earlier, the bank unions had announced a two-day strike in March 2021 to protest the privatization of two public sector banks.

On the 16th and 17th of December 2021, bank unions across India staged a big all-India strike. The strike’s major motto, according to The Financial Express, will be ‘Save the people and Save the nation.’ The unions have presented the federal government with 12 demands.

What are the Demands of the countrywide bank strike for February 23-24?

The bank unions, together with AIBEA, want the labour codes and the critical defence services act repealed. Moreover, the unions were opposed to the privatisation of two public sector banks, which Finance Minister Nirmala Sitharaman proposed in Budget 2021.

After the center’s decision to remove the three farm legislation, the unions want the central government to adopt the six demands of the farmer unions. The unions also want the national monetisation pipeline to be scrapped.

According to the FE article, other demands of the unions include a monthly minimum income guarantee of Rs 7,500 for non-taxpaying households. This involves allocating greater cash to the MGNREGA programme.

According to reports in the media, AIBEA General Secretary Ch Venkatachalam stated that the unions are opposed to the government’s plans to privatise PSUs such as banks and other financial institutions such as Railways, Airlines, Steel, Telecom, and Postal Services.