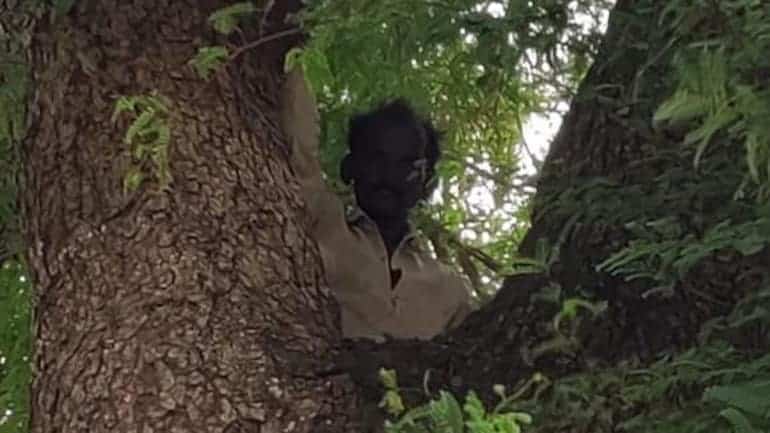 A man named Kanwarlal from Patankalan village of Rajgarh district in Madhya Pradesh climbed a tree and refused to come down until the Covid-19 vaccination camp for the day was completed due to his fear of the vaccine. He also kept his wife’s Aadhar card with him to ensure neither of them was administered Covid-19 jab.

All the villagers were called to the vaccination center when the health department team had reached the village for the vaccination process. Kanwarlal also arrived at the center, but on seeing the vaccines being administered, he refused to take the jab.

Due to his vaccine hesitancy, Kanwarlal climbed the tree near the vaccination center and stayed there till the vaccination process for the day was completed. Although his wife agreed to take the vaccine, he took her Aadhar card with him to ensure she remained unvaccinated as well.

On hearing of the incident, Khujner block medical officer Dr. Rajiv visited the village and counseled Kanwarlal. Dr. Rajiv told, “After counseling, the man’s fear has been wiped away. Now, the next time a vaccination camp is held in their village, Kanwarlal and his wife will get vaccinated.”

On June 21, when India administered 84 lakh covid-19 new cases, Madhya Pradesh emerged as the country topper with 16.93 lakh doses given that day.

From Kanwarlal’s case, it is clear that vaccination fear is still a major issue to be tackled in the state.