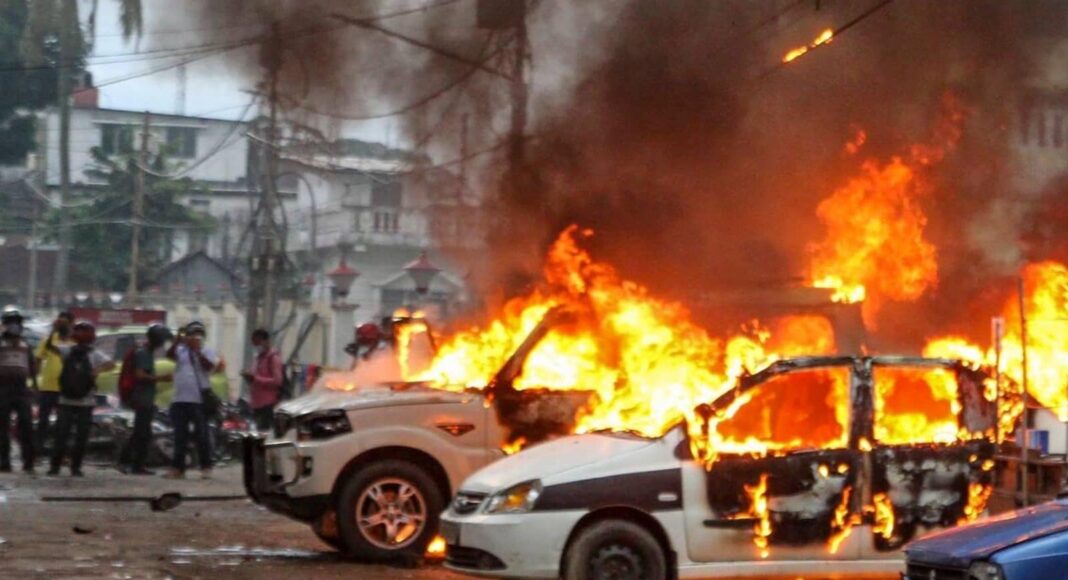 Agartala: Around eight party offices of the central Opposition CPI-M in Tripura were either set on flame or damaged. Meanwhile, various vehicles and assets were destroyed in Agartala and three other state districts on Wednesday, said police and party sources.

The Communist Party of India-Marxist (CPI-M) chiefs, including the party’s politburo member and former Chief Minister Manik Sarkar, stated that the ruling party operators managed by the BJP leaders were accountable for the attacks on the party offices in Agartala and other regions.

However, the BJP leaders have refused the allegations made by the CPI.

Dhar further stated that six vehicles and more than a dozen two-wheelers were burnt down in Agartala and other state places.

“Ministers, Deputy Speaker of the state Assembly and senior BJP leaders in the recent past are urging their party operators and members to continue attacks on the opposition party members and offices,” Dhar claimed.

He stated that many party members and workers, including two leaders Nani Paul and Partha Pratim Majumder were severely wounded in the series of attacks on Wednesday.

Dhar, a CPI-M central committee member, stated that the “BJP goons” had ruined the statue and images of former Chief Minister Dasaratha Deb and other late party leads in the party buildings.

BJP spokesman Nabendu Bhattacharjee stated that former Chief Minister Manik Sarkar himself has been stimulating the violence in several parts of Tripura to build lawlessness in the well-disposed state.

“Today (Wednesday) when the BJP members and leaders were holding demonstrations in Agartala and other places of Tripura, stones were thrown from the CPI-M offices on the peaceful processions,” Bhattacharjee alleged.