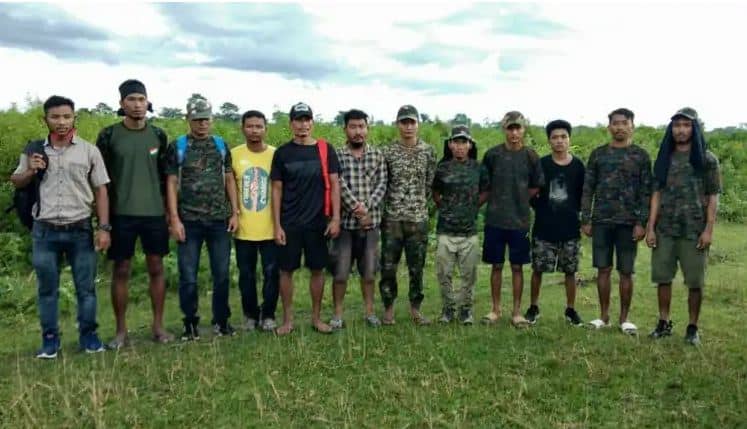 Darrang: As many as 12 cadres of the newly floated Bodo militant group – United Liberation of Bodoland (ULB), laid down their arms before Assam Police in Darrang district today. All the surrendered cadres are now under the custody of Dimakuchi Police Station.

The arm laying ceremony was held at Bhergaon in Darrang.

The development comes after state Chief Minister Himanta Biswa Sarma directed the Assam Police to motivate the ULB cadres to maintain peace in the state as well as the Bodoland Territorial Region (BTR).

Assam Police said, “We are delighted to have them back home.”

Taking to Twitter, special DGP of Assam GP Singh wrote, “Following the directions of Hon’ble  @CMOfficeAssam the @assampolice has motivated the cadres of newly formed United Liberation of Bodoland to return Home. We are delighted to have them back home. A welcome step towards peaceful, beautiful prosperous Assam.”

The militant group was floated at a time when BTR chief Pramod Boro spoke of the region’s return to peace and harmony.

Earlier, the ULB had released a letter addressing to the government, demanding the release of jailed NDFB leader Ranjan Daimary and other cadres, along with a demand for a separate state – Bodoland. The militant group had also threatened to carry out a series of bomb blasts in Assam in the month of October, if their demands are not fulfilled.