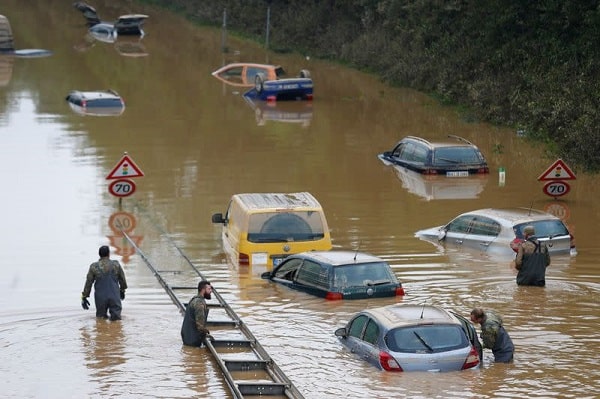 Berlin: The death toll in disastrous flooding in western Germany and Belgium climbed to over 160 on Saturday following rush rivers and flash floods this week dropped houses and tore up roadways and power cords.

Nearby 143 people died in the flooding in Germany’s most serious natural hazard in more than half a century. That incorporated around 98 in the Ahrweiler district south of Cologne, The Straits Times reported quoting police.

Hundreds of people were yet missing or unreachable as various areas were unavailable due to high water levels while communication in some areas was still restrained.

FENA proclaimed that German President Frank-Walter Steinmeier also attended Erfstadt, the city most influenced by the floods in North Rhine-Westphalia.

CNN stated that due to the devastation, at least 165,000 people are currently without power in Rhineland-Palatinate and neighboring North Rhine-Westphalia, as per the officials. (ANI)