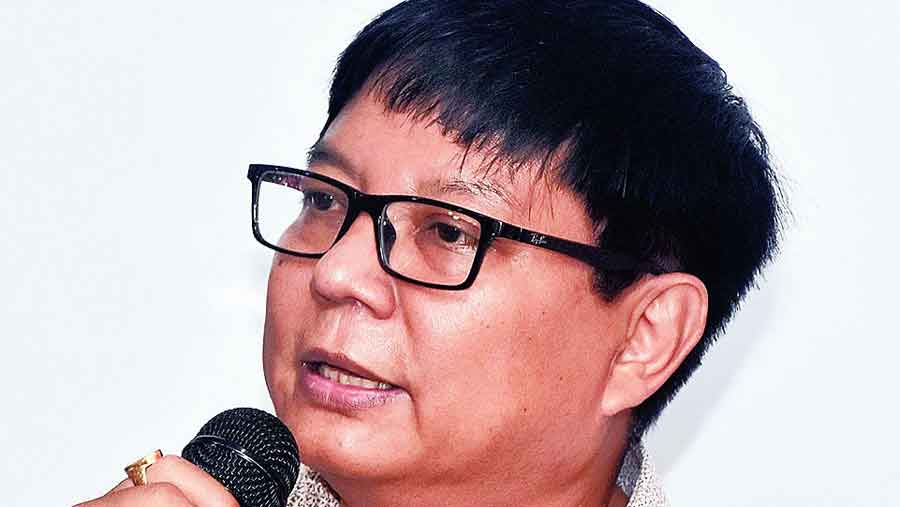 GUWAHATI: The leader of the opposition, Debabrata Saikia, has demanded a special session of the Assam Assembly to discuss various ‘burning’ issues of the state.

The leader of the opposition said that the three districts in north Assam are on the verge of destruction due to the Bharatiya Janata Party-led government mistake.

He said, when a mass movement started against the Lower Subansiri hydroelectric project during the Tarun Gogoi government in 2010, a committee was formed and tasked with submitting a report on the destructive effect of such projects on the Brahmaputra and other rivers.

The committee had recommended following the CD Thate and Reddy committees, with the observation that a big dam should not be constructed on the proposed site.

The Sonowal government, however, signed a memorandum of understanding with the National Hydroelectric Power Corporation (NHPC) in 2019 without implementing the recommendations of the bipartite agreement of 2014, which goes against Assam, thus leading to less electricity for the state.

Saikia added, Arunachal will receive 200 megawatts of electricity solely due to the reason that the powerhouse and reservoir are located in that state while Assam will receive only 25 megawatts despite the possibility of destruction here.
Tarun Gogoi had not signed the agreement but Sonowal did so only to please Delhi. Now, water is flowing above the 115-meter dam in the Lower Subansiri hydro project, posing a big threat to the districts of Dhemaji, Lakhimpur, and Majuli.

A specialists’ committee had warned against building the dam at the present site in 2010 as the hill is composed of soft soil and poses a big threat to downstream areas as Assam is located in an earthquake-prone region. But the government did not heed the warning and completed 75 percent of the work, ignoring the protests by individuals and organizations in the state.

Saikia on the other hand said women in the state are insecure during the rule of the National Democratic Alliance (NDA) government.

He cited the recent Dhemaji incident where a girl student was attacked with a machete, leading to her death, in broad daylight.

Saikia also lamented that crime against women has increased exponentially in the last five years of the NDA government.

The rate of conviction in such cases is a mere 5.5 percent while the rate of acquittal is 93.2 percent.

Due to this, questions have been raised regarding the role of police and administration. It is sad to know that nearly nine incidents of such crimes occur daily in the state.

He further added that Assam heads the list in crimes against women. Many have not received justice in such cases, with the courts giving dates after dates.

Saikia demanded a special session of the assembly to discuss the issue and pass a special law for the security of women.
He also demanded that a special task force should be created in Assam police, with a woman IPS officer, and branches in every district.

Saikia also demanded that All Women police stations be set up in every sub-division so that women can come freely to report crimes. Fast track courts for disposal of cases within 48 hours are also demanded.

Share
Facebook
Twitter
WhatsApp
Previous articleDays after two powerful explosions, rocket hits West of Kabul airport, killing one child
Next articleTokyo Paralympics: Avani Lekhara starts the day with a terrific win, and it is a gold