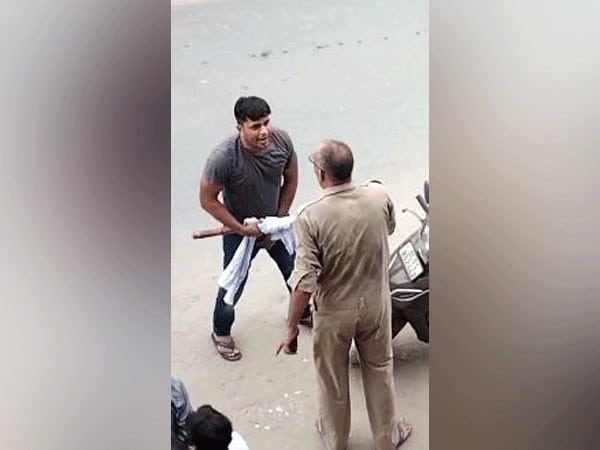 New Delhi: A constable of Delhi Police of Samaypur Badli Police Station has been arrested & suspended. He has been alleged of assaulting a Delhi Fire Services official.

The incident was captured on camera & has gone viral on social media platforms.

As per police reports, the accused named Jitendra was riding a vehicle on the wrong side of the road. He was asked to stop by a fire services official

when returning after extinguishing a flame in Samaypour Badli.

This event angered the accused, who took a stick from his vehicle to strike the fire officer. The accused Jitendra can be seen in civil attire, pushing & jostling the fire official with a stick in his hand.

Outer North’s Deputy Commissioner of Police (DCP) stated the constable Jitendra had been arrested under the Delhi Fire Services Act & other related sections.

DCP stated that the accused was on leave for three days & departmental procedure has been established against him.