Delhi: Three, including a baby, killed after car collides with tanker 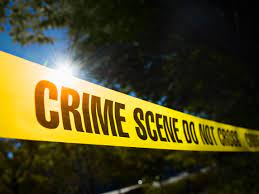 Three people, including a four-month-old toddler, were killed and four others were injured after the car they were travelling in collided with a water tanker in Samaspur village near Jaffarpur Kalan in southwest Delhi on Saturday.

Police said the occupants of the car were returning home to Nangloi when the incident took place. “The tanker driver fled the spot, and we arrested him later. He has been booked for rash and negligent driving. Both the vehicles have been impounded,” said a police officer, who did not want to be named.

According to the officer, the police received information about the mishap around 6.30 pm on Saturday. A police team reached the accident spot and learned that seven injured people were rescued from the car and rushed to Rao Tula Ram hospital.

While three of them succumbed to their injuries, the condition of the other four is still serious, said police. Police believe that the car driver and the person sitting on the front passenger seat were trapped as the front portion of the car was completely damaged.

Police said that the deceased has been identified as Paramjeet, his four-month-old son Nikku, and his friend Sunny. Among the injured are the two men’s wives, who are siblings, and Sunny’s two children, aged four and eight.

Police said Sunny was driving the car at the time of the accident and Paramjeet was sitting on the front seat with his son.