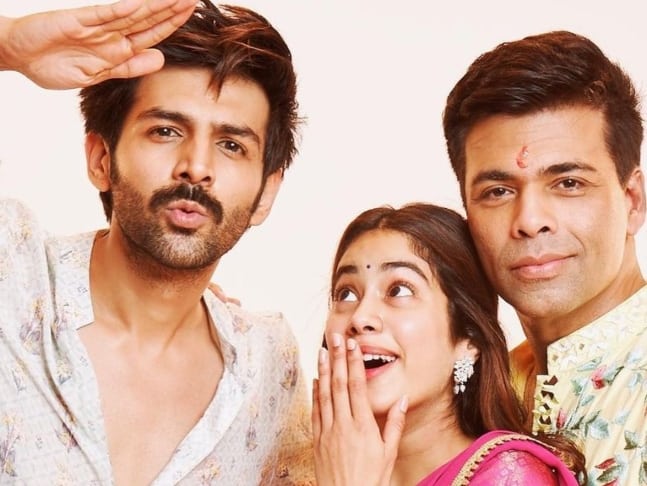 Announcing on social media, Karan Johar’s Dharma Production claimed that due to the professional circumstances of the actor they will be recasting “Dostana2”.

Supporting the actor Kangana Ranaut said in one of her tweet, “”Kartik has come this far on his own, on his own he will continue to do so, only request to papa jo and his nepo gang club is please leave him alone like Sushant don’t go after him and force him to hang himself. Leave him alone you vultures, get lost chindi nepos…”

She also told Kartik not to feel lonely and said we are with you and advised him to trust his instinct and be disciplined.

ALSO READ: “We were confident that we will get justice”: Tejashwi Yadav on his father Lalu Prasad Yadav’s release from jail

As per report it said, after shooting for 20 days, Kartik Aaryan didn’t give further dates to the film while, other report suggest that Kartik was not happy about the script and had some creative differences with the director.

However, his replacement has not yet been confirmed by the makers. While Kartik Aaryan is out of the project Janhvi Kapoor and Lakshya are still part of Dostana2.