Did you know how much Ajay Devgn charged for a guest appearance in RRR? 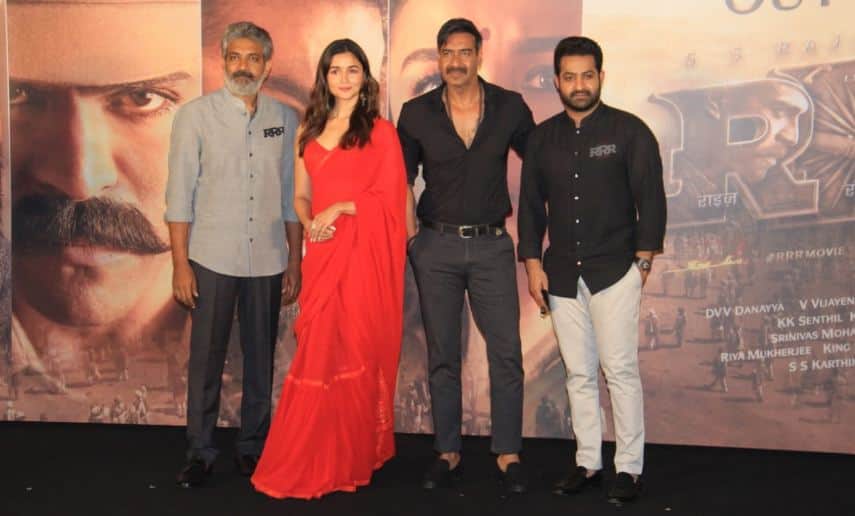 The film was earlier scheduled to release on January 7, 2022, but due to the Covid outbreak, the film release date has been pushed further indefinitely. What’s garnering fans’ attention right now is the remuneration of actors Ajay Devgn and Alia Bhatt for their cameos.

Also read: The world’s tiniest antenna measures just five nanometers! Do you know what it is made of?

Now reports are surfacing that Ajay Devgn charged a whopping Rs 35 crores for his cameo. The actor gave seven days for the shoot of his cameo yet an important role and has charged this amount from the director.

If reports are to be believed then the Ajay Devgn and Alia Bhatt were cast in the movie even if for the guest appearance, to attract the audience from the North.

Whatever it be, Ajay Devgn surely knows how to attract headlines and with pretty heavy ‘crores’ just like his movies.

RRR is made out on a budget of over Rs 400 crores. If covid cases reduce then the movie might hit the screens next year.

RRR’s plot is based on the stories of two Indian revolutionaries, Alluri Sitarama Raju and Komarama Bheem. The filming of the movie began in 2018. The movie has been liked both by the South and North movie fraternity. Recently Karan Johar shared a video giving a glimpse of RRR’s star studded event, attended by movie personalities from all industries.

Is Hrithik Dating Again!! Actor Spotted With a Mysterious Girl…Who is She?