Dilip Kumar and Lata Mangeshkar weren’t on talking terms for 13 years? Know Why? 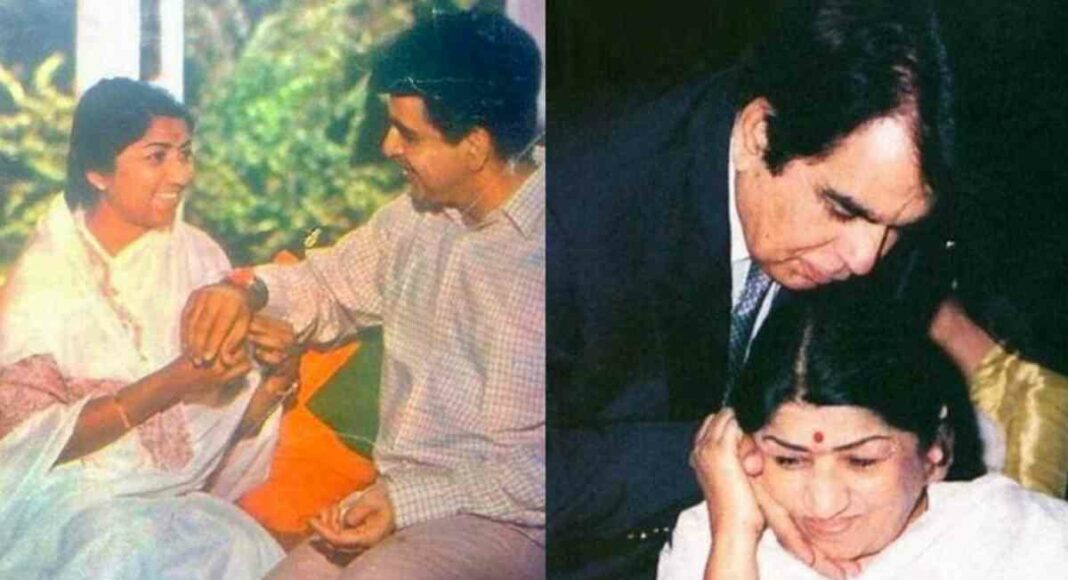 Digital Desk: Dilip Kumar and Lata Mangeshkar are two Bollywood legends who need no introduction. Lata Mangeshkar sang a wealth of exquisite songs in her melodic voice, while the great actor, late Dilip Kumar, portrayed several mesmerizing roles in flicks. These two legends are a source of pride for the Hindi film industry.

Do you know that Lata Mangeshkar was once irritated by one of Dilip Kumar’s comments? This was so bad that the two stars didn’t speak to each other for 13 years. The reason behind this will astound you.

Also Read: Akhil Gogoi tested positive for covid-19 along with Wife and Son

Lata traveled by local trains to Bombay studios in Malad, Mumbai, for her recording sessions. At the time, she was accompanied by music composer Anil Biswas. Dilip was also trying to get into the Hindi film industry at the time. He just happened to be on the same train as them.

Anil Biswas and Dilip Kumar were closely acquainted. Both of them began conversing. When Anil heard Lata’s voice, he told Dilip that he loved it. When Dilip learned that she was from Maharashtra, he responded that people from that state don’t speak Urdu well. Their Urdu, according to Dilip Kumar, is similar to Dal Chawal. Dal Chawal was a slang term denoting blandness. Lata was offended by this remark.

The ambitious singer worked hard to improve her Urdu pronunciation and put up a lot of effort to master the language. As a result, Dilip, who had previously mocked Lata’s blandness in Urdu, began to endorse her for his films.

When Lata Mangeshkar first entered the film industry, Noor Jahan was the most popular female singer in the country, and she was nearly ruling Bollywood. However, Lata struggled to carve out her own niche in the industry. Noor Jahan was the best singer for Dilip Kumar, as she was for many others, and she set the standard for female singers. Dilip Kumar’s remark about Lata’s Urdu language skills may have responded to Noor Jahan’s poor reception of the renowned vocalist.

In another unusual incident, Dilip recorded a duet with Lata for the film Musafir, directed by Hrishikesh Mukherjee. The song Laagi Naahein Chhute was composed by music composer Salil Choudhary on Raag Piloo. Dilip, who had chosen the song and spent hours practising it on the Sitar, was frightened when he sang with Lata. Salil even gave him a shot of brandy to help him overcome his anxiety, but his voice was weak and inadequate. This caused a rift between Dilip Kumar and Lata Mangeshkar, which was finally bridged when she tied a rakhi to the star.

Navjot Singh Sidhu is a cruel person who leaves his mother for money: Sidhu’s sister