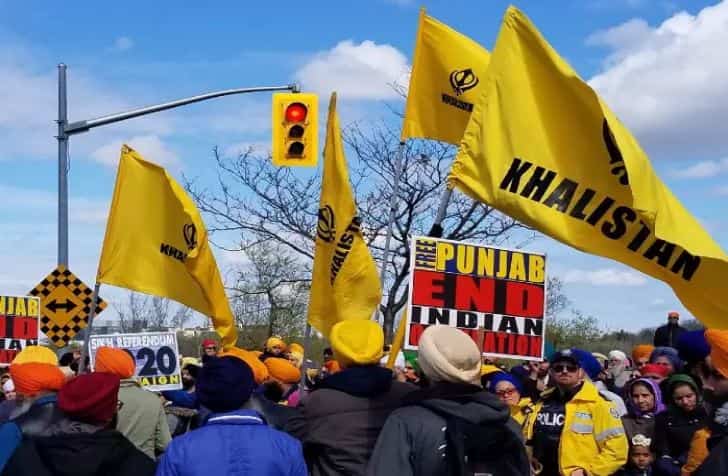 Digital Desk : Even as Prime Minister Narendra Modi continues to receive threats via several social media platforms, a latest threat to his life post the sensational security breach at Punjab, has set the security preparedness into a whirlwind debate. A Khalistani outfit has issued a direct threat to PM Modi, stating that it won’t allow him to unfurl the tricolour on Republic Day.

The Khalistani group has also announced a reward of Rs 1 million for anyone who can disrupt PM Modi’s flag unfurling event.

Recently, PM Modi was forced to wait with his convoy on a flyover for over 20 minutes due to blockade by protesters.

Following the long wait on the flyover, Modi’s convoy decided to return without attending an event at a martyrs’ memorial at Hussainiwala. A massive debate, accusations, case filings, court hearings followed then after. The Supreme Court also took up the matter after an appeal filed by a Lawyers organization, demanding action against the culprits who blocked PM Modi’s convoy as well as the state government for not acting properly even after receiving the schedule of PM Modi’s arrival program.

The Supreme Court has in the meantime constituted a panel to probe the entire incident.

Meanwhile, the latest threat of disrupting PM Modi’s programme on Republic day, comes from a Khalistani group who goes by the name “Sikhs for Justice”.

A propagandist video was released by the group which was shared by SFJ chief Gurpatwant Singh Pannu on Facebook, announcing $1 million dollars as award to anyone who can raise Khalistani flags instead of the Indian tricolour in Delhi on Republic Day.

A similar incident was reported last year where an attempt to instigate the Sikhs of India was carried out via social media platforms. The SFJ had then announced a cash reward of $250,000 for hoisting the Khalistan flag at the India gate on Republic Day.

Share
Facebook
Twitter
WhatsApp
Previous articleCovid-19 can be put to an end, but…: WHO Director-General
Next articleA fan of curd? Great! But avoid combining curd with these foods