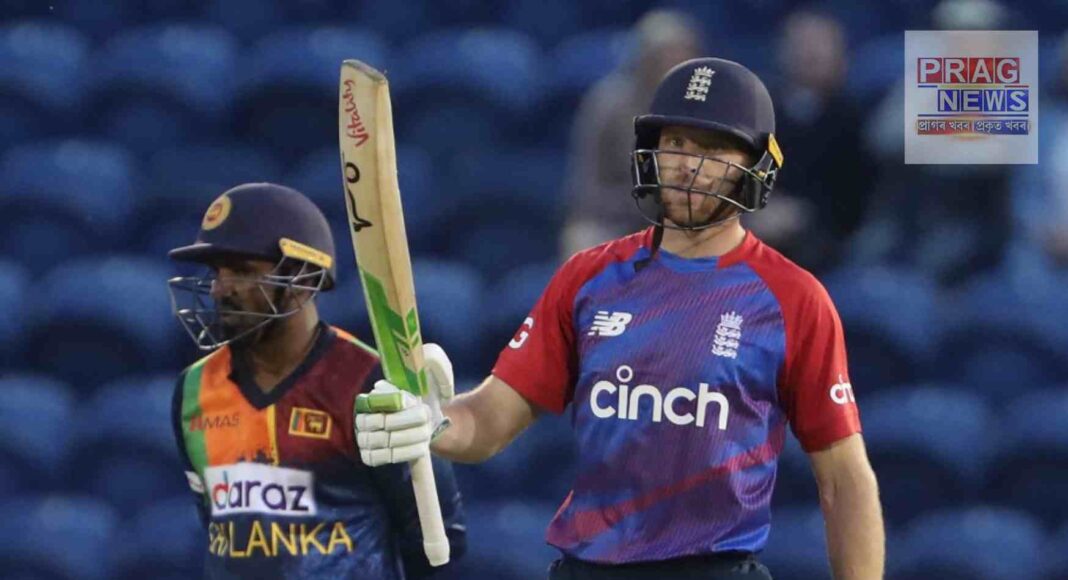 England secured the three-match T20I series against Sri Lanka with a five-wicket win in the second match at Sophia Gardens on Thursday. The home sidetracked down the rain-revised target of 103 in the 17th over.

Earlier, Sri Lanka won the crucial toss and chose to bat. Lankan batters put yet another unexpected show as they close up with only 111 for 7 in their allocated 20 overs.

Mark Wood was the pick among the bowlers for the English side as the active scalped two wickets for 18 runs in 4 overs.

Lankan bowlers were pretty awesome for the first seven overs as they kept away side in the match. While following the mark England was 36 for 4 in the seventh over as Dushmantha Chameera, Binura Fernando, Isuru Udana, and Wanindu Hasaranga all having struck once apiece.

For the home side, Livingstone and Billings then shared a crucial stand of 33 to take them within 43 runs of victory, when continuous drizzling interrupted the game. England then needed just another 34 runs in six overs as per the DLS Method.

Following the rain, the target never looked daunting to the English side as they sailed towards the triumph. Billings became the second wicket for Hasaranga. Livingstone continued not out on 29 off 26 with Sam Curran, 16 of 8 balls who broke the triumphant runs.

The third T20I will take place at the Ageas Bowl in Southampton.