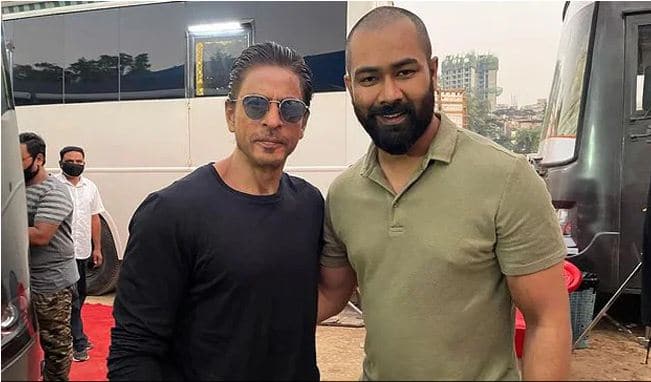 Mumbai: Assamese actor Diganta Hazarika, who made his Bollywood debut with ‘Mohenjo Daro’ in 2016, shared a post along with actor Shah Rukh Khan on his Instagram handle.

Since sharing the pic, the post has gone viral with the Assamese netizens dropping comments on the post shared by Diganta Hazarika.

Hazarika, while sharing the post, wrote this caption on the pic, “Success is not a good teacher, failure makes you humble…SRK, the most successful actor of India cinema yet the humble human being.”

It has been learned that Diganta Hazarika signed Yash Raj Film’s next big-budget project ‘Pathan’ and was spotted outside Yash Raj Studios in Mumbai.

‘Pathan’ is an action drama which also features Deepika Padukone and John Abraham in pivotal roles. The film has been directed by Siddharth Anand. The filmmaker’s last directorial film was ‘War’ in 2019, featuring Hrithik Roshan and Tiger Shroff.

Also read: After Jail, Aryan Khan is All Set for This Now, Check Here

Apart from the above movies, the director has also directed films like ‘Bang Bang’, ‘Anjaana Anjaani’, ‘Salaam Namaste’ among others.

Shah Rukh Khan was last seen in ‘Zero’ in 2018, co-starring Katrina Kaif and Anushka Sharma. He has also co-produced Alia Bhatt’s ‘Darlings’, which marks her first step towards film production.