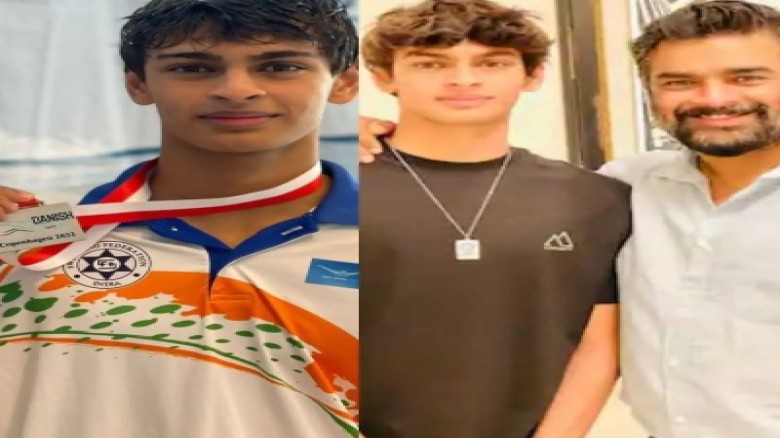 Vedaant Madhavan, the son of actor Madhavan, has won a silver medal at the Danish Open Swimming Championship.

Digital Desk: Every actor's child's dream is to follow their parent's legacy, but 3 idiots starrer R.Madhavan's son is giving us goosebumps with his interest in swimming; he proves that he will build his own dreams.

Actor Madhavan, who is extremely pleased with his son's swimming accomplishments, expressed his joy on Instagram. The actor captioned a video of his son earning the silver medal, "Vedaant Madhavan wins silver for India at the Danish Open in Copenhagen. Thank you so much, Pradeep sir, Swimming Federation of India, and #ansadxb for all your efforts. We are so proud."

The actor's fans and friends have been applauding him; Shilpa Shirodkar Ranjit wrote, "Many congratulations to all of you and a special wish to our little big boy @vedaantmadhavan." Another mentioned, "Whoaaa!!! This is amazing….. more power to vedant." The third one said, "Brilliant, bro. Do congratulate him on my behalf.."

Vedaant had previously won bronze in the Latvian Open Swimming Championships in March of last year.