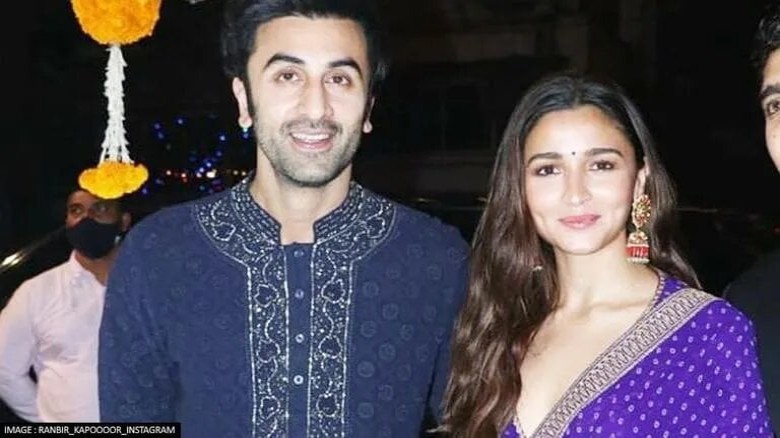 Speaking on the work front, the lovebirds have interesting projects lined up. They will appear together on the big screen in the much-anticipated Ayan Mukerji film Brahmastra, which will hit theatres on September 9, 2022.

Digital Desk: The day everybody has been waiting for has finally arrived, as Alia Bhatt and Ranbir Kapoor prepare to tie the knot at their RK House in Chembur next week. For a long time, there had been rumours about Alia and Ranbir's wedding. Finally, details about their intimate wedding are now making the rounds in the media. In the midst of this, a news agency has disclosed the guestlist for their reception in Mumbai, which will take place at the end of April. And guess what else? Deepika Padukone and Shah Rukh Khan are also included in the guest list!

Meanwhile, another source revealing the details about Ranbir and Alia's wedding said, "The wedding is scheduled for April. The marriage ceremony will take place from April 13 to April 17. The Sangeet and Mehendi ceremonies are also scheduled during this time. Members of the Kapoor and Bhatt families have been asked to remain free during this time."

Further, when asked about Alia's wedding attire, the source added that Alia would wear Manish Malhotra and Sabyasachi outfits for her wedding celebration.

Speaking on the work front, the lovebirds have interesting projects lined up. They will appear together on the big screen in the much-anticipated Ayan Mukerji's film Brahmastra, which will hit theatres on September 9, 2022.

Aside from this, Alia is also working on Darlings, Jee Le Zaraa, and Rocky Aur Rani Ki Prem Kahani. In addition, she will make her Hollywood debut in Heart of Stone, alongside Gal Gadot and Jamie Dornan.