Anupam Kher's personal life includes everything from his beautiful house to his fancy automobiles. He also has a fortune in the billions of rupees. He has a lavish lifestyle.

Digital Desk: Anupam Kher is one of Bollywood's most well-known actors. He has appeared in several films and continues to do so. Despite not playing the lead, he earned the audience's hearts with his remarkable performances in a variety of supporting roles. By portraying such characters, uncles and fathers, he has become fairly famous. Today we shall learn about this senior actor's personal possessions.

Anupam Kher's personal life includes everything from his beautiful house to his fancy automobiles. He also has a fortune in the billions of rupees. He has a lavish lifestyle. Unfortunately, he does not have any children. So, who will benefit from all of this property? Let's go at some details concerning his personal life.

The actor has had two marriages. For over a year, he lived with his first wife. He then divorced his wife for unexplained reasons. In 1985, he married for the second time. His second wife's name is Kirron Kher. They have been married for over 37 years. Unfortunately, they do not have any children.

Everyone's mind is focused on one question! Despite having a lot of money, vehicles, and mansions, who will possess the actor's property in the future? According to reports, Sikandar Kher would own all of Anupam Kher's properties. So, who exactly is this Sikander Kher? In truth, Kirron Kher married twice, just as Anupam Kher married twice. Kirron Kher's first spouse's name is Gautam Berry. Sikander Kher is the son of Kirron Kher and Gautam Berry. 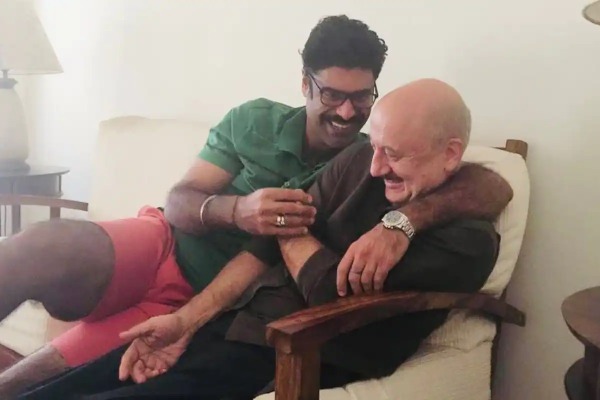 Anupam Kher has elevated Sikander Kher, the first son of his second wife Kirron Kher, to the position of his son and designated him as his successor.