Will Smith arrives in India, makes his first public appearence since the Chris Rock slapgate at the Oscars 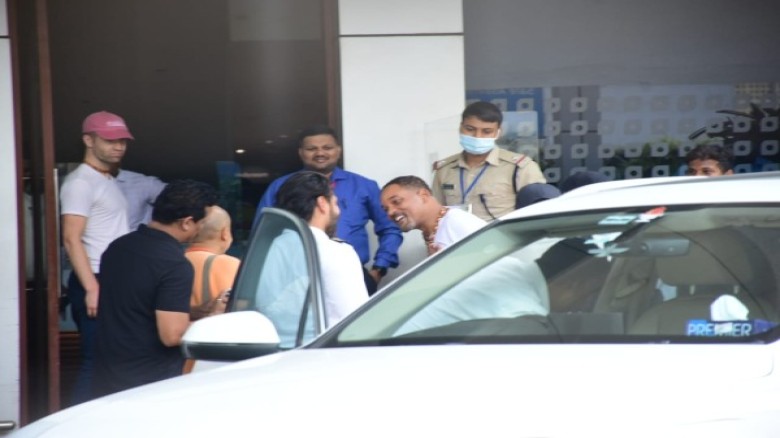 Will isn't a stranger to the countryside. Will Smith went to Haridwar in 2019 as part of his Facebook Watch series, Will Smith's Bucket List.

Digital Desk: Will Smith makes his first appearance since the slapgate controversy at the Oscars 2022. On Saturday morning, the actor was sighted entering the Mumbai airport in India. As he mingled with people outside the airport, the actor was spotted with a wide smile on his face. Will was dressed in a white tee with a garland around his neck. The trip's purpose is yet unknown.

Will isn't a stranger to the countryside. Will Smith went to Haridwar in 2019 as part of his Facebook Watch series, Will Smith's Bucket List. "God Teaches Through Experience,"My Grandmother used to say. "Experiencing the colours, people, and natural beauty of India has awoken a new awareness of myself, my art, and the Truths of the world," he wrote at the time, while sharing photos from his trip. He also travelled to Mumbai to film his appearance in Student of the Year 2.

Also Read: Know the petrol and diesel prices in your city

Will, on the other hand, has stayed out of the spotlight since slapping Chris Rock at the Oscars. Chris was hit by Smith, who had won the Best Actor award that night, for making a joke about Smith's wife, Jada Pinkett Smith. Chris speculated that Pinkett's baldness implied she was working on a sequel to G.I. Jane (Pinkett Smith has been open about her hair loss due to alopecia.)

Will didn't think the joke was funny. Chris was slapped on stage by the actor. He screamed at Chris to keep his wife's name out of his mouth as he returned to his seat.

Following the event, Will apologised, and The Academy declared that the Oscar winner will be barred from award shows for ten years.