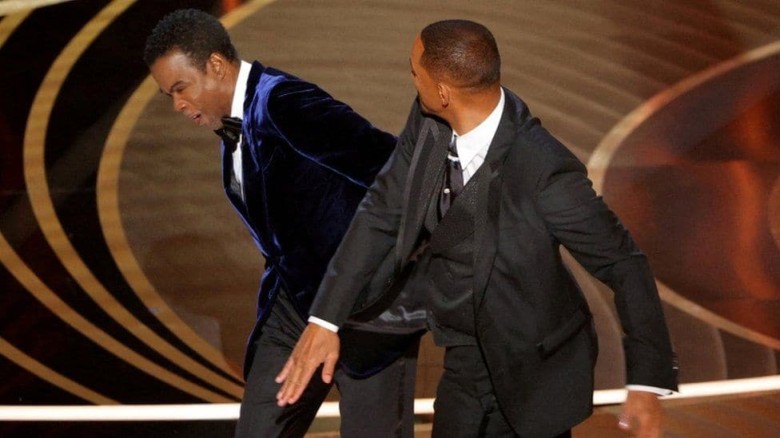 The academy also issued an apology for failing to handle the situation, including allowing Smith to stay and accept his best actor award for his performance in ‘King Richard’.

Digital Desk: Following his slap at Chris Rock at the Academy Awards, Will Smith was banned from attending the Oscars or any other academy event for ten years on Friday.

The decision was made after a meeting of the academy’s board of governors to discuss how to respond to Smith’s actions.

“The 94th Oscars were meant to celebrate the many individuals in our community who did incredible work this past year. However, those moments were overshadowed by the unacceptable and harmful behavior we saw Mr. Smith exhibit on stage,” the academy said in a statement.

Also Read: Tunes of Gayatri and Mahamrityunjaya mantras will be heard in UP jails: CM Yogi Adityanath

Notably, Will Smith stepped down from the academy last week, ahead of the meeting, and stated that he would accept any punishment imposed by the academy.

Smith issued a statement saying, “I accept and respect the academy’s decision.”

The academy also issued an apology for failing to handle the situation, including allowing Smith to stay and accept his best actor award for his performance in ‘King Richard’.

“We did not adequately deal with the situation in the room during our telecast.  We apologize for this.  This was an opportunity for us to set an example for our guests, viewers, and academy family worldwide, and we failed — unprepared for the unprecedented,” the academy said.

The Academy, in a statement released after the Oscars, said that Smith was asked to leave the ceremony, but he refused.

However, it is unclear how or in what form the message was delivered to Smith, and several media outlets reported that he was never formally told to leave the Dolby Theatre.

According to the Los Angeles Times, Oscars producer Will Packer told Smith, “Officially, we don’t want you to leave.” We’d like you to stay.”

The ban means that Will Smith will not be presenting one of the major awards at the Oscars next year, as customary for the best actor winner.

Notably, till now, the academy has not revoked the Oscars awarded to expelled members Harvey Weinstein and Roman Polanski.