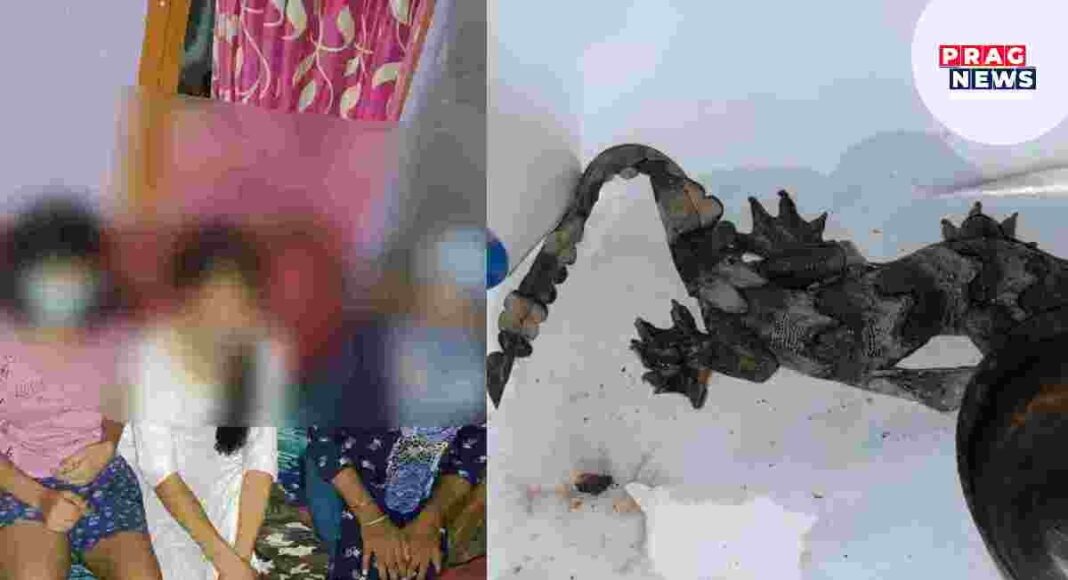 Guwahati: Human trafficking has evolved as one of the major concerns among the people of the world. In recent years, Assam has been exposed of having severe cases of human trafficking, illegal drugs smuggling and other crimes.

Meanwhile, Assam police authorities are taking strict actions against illegal conduct. However, a sex racket busted in a police residence creates sensations among the locals.

The sex racket was busted in a CID quarter located in the Shargapur region of Baisistha, Guwahati. The police personnel involved in the illegal sex trafficking was identified as Kamaluddin Ahmed. Locals stated that Ahmed works in the SB branch of the police department.

The racket was busted by a girl named Sangeeta Konwar from Mayong. Last evening Sangeeta somehow managed to escape the quarter where she was brought by one of her friends in the hope of providing work in a tailor shop.

One of the locals stated, ” Last evening around 5pm a girl came running to my shop. I was little away from my shop and was watching her approaching my son. When asked, she said she wanted to make a call to her husband in Mayong. She was crying and when I asked her about the matter she revealed about the wrong practices going on in the locality.”

“I was shocked to hear such news. Since the girl used my phone to make a call, I was a little worried. Therefore, I have informed the local body of club members to look into the matter. When the club memebers approached the place, the matter was exposed. Later the police authorities were informed regarding the case.”

Another local stated that they had found three girls inside the quarter of the police personnel. All these girls were brought there by a fair-skinned girl who was accused of conducting sex trafficking.

Locals further informed that there were messages related to sex trafficking found from the cellphones of the accused. These messages made it clear that they were conducting illegal business in the CID quarter.

Sangeeta Konwar informed the media that she was brought there for work, but later she was asked to get involved in dirty affairs. She said that she came there three days earlier and gradually came to know about the wrong practices.

She said, ” The girl who brought me here said that she will provide me work. But later, she has asked me to get involved in wrong practices. The fair-skinned girl also said me that this is the house of a police and therefore no one will question anything.”

Both the accused of the sex racket were arrested by Basistha police and are currently under police custody. The investigation is underway, and other significant updates will soon come to light.