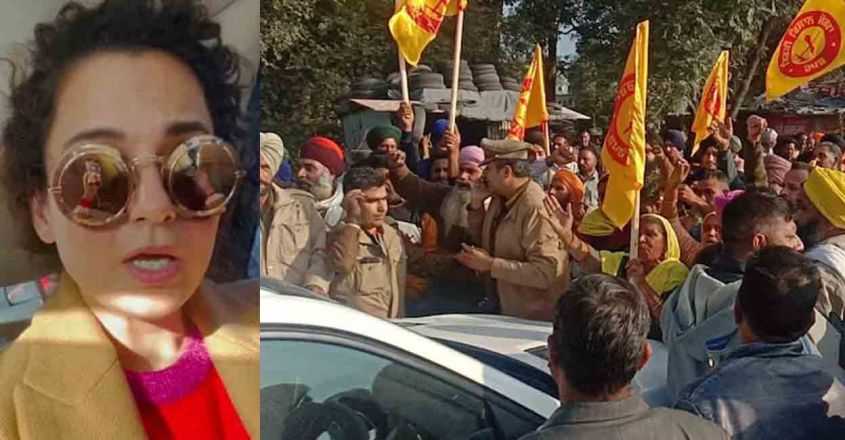 Punjab: Farmers surrounded the car of actress Kangana Ranaut demanding an apology for her statements against farmers who were protesting against the Centre’s controversial farm laws. The Centre had finally repealed the three farm laws last week.

An enthusiastic supporter of the saffron party, Kangana Ranaut , has thrown her remarks on farmers protesting against their rights and equity. She has often pointed out farmers as terrorists, Khalistanis and anti-social elements.

“I have been surrounded by a mob here. They are abusing me and threatening to kill me,” she claimed in a video posted through her Instagram.

“This mob lynching in public. What would happen if I didn’t have security with me. The situation here is unbelievable. Am I a politician? What is this behavior?” she added.

She also said that despite police presence, she was not allowed to move ahead by the protesting mob.

However, she finally managed to leave the area after conserving with a few women protestors. The farmers and police stated that no damage was done to Ranaut’s car.

Veer Singh, leader of Kirti Kisan Morcha Ropar, stated, “We gheraoed the actor Kangana at around 2.15 pm on Friday and let her go at around 4 pm only after she apologized to farmers for her remarks against the farmers and repeal of farm laws. At her request, a group of female farmers reached near her car for talks when Kangana apologized.”