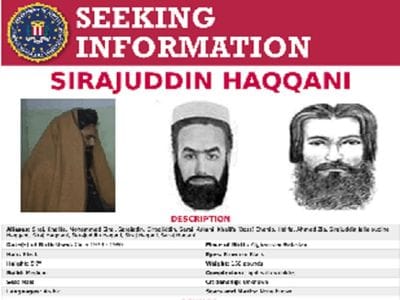 Kabul: After a long wait, and episodic delaying in their decision to form a new government, the Taliban finally formed their ‘acting government’ today.

Mullah Hasan Akhund has been announced as the head of the state, confirmed the insurgent group on Tuesday.

The Taliban Cabinet was announced by the group’s chief spokesperson Habihullah Mujahid and a string of veteran Talibani leaders was named in it.

However, one name that stood out in the Cabinet is Serajuddin Haqqani. Haqqani has been named the new Interior Minister in the Taliban-led government in the Islamic Emirate of Afghanistan.

However, he also features in the Federal Bureau of Investigation’s (FBI) most wanted list and has a reward of $5 million on his head.

Haqqani is wanted in various cases ranging from a bomb attack to assassination bid on former president Hamid Karzai.

The US and its allies have been keeping a close tab on the activities of the hardline Islamist group who claim to have ‘softened’, their stance in many aspects.