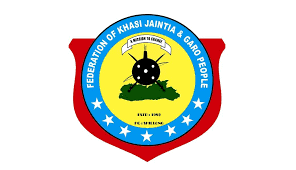 Nongstoin: The team of the Federation of Khasi-Jaintia & Garo People (FKJGP) has denounced the alleged arrest of two minor boys by Assam Police.

The occurrence reportedly happened on Friday at Kyrdum village when police authorities from the adjacent state arrested the minors named Lebarius Khardewsaw (12-years-old) and Bomes Khardewsaw (14-years old) of Mawsikar village while they were managing their herds.

After the arrest, the news spread amongst the local villagers following which the people of the village, along with a unit from Langpih Police Outpost, intruded, ending in the release of the minor boys.

Meantime, responding to the event, the president of the FKJGP Langpih unit, Serbilin Lyngdoh, termed the move by the Assam Police a “barbaric act”.

Rationalizing that such actions will instill fears among the locals in Langpih, he urged the state government to bring up the topic with the Assam Government quickly.