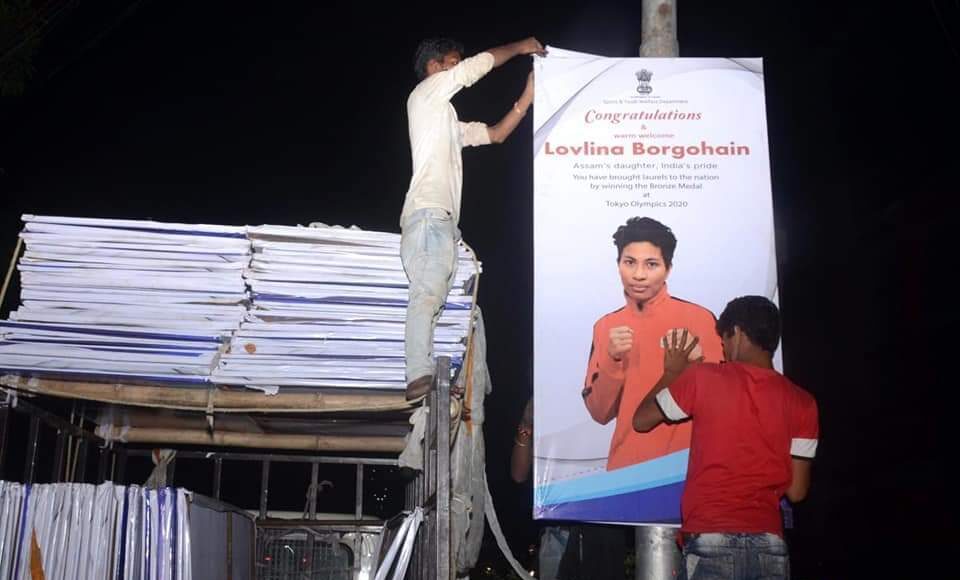 Guwahati: Finally, after a heated debate in the Assam assembly, hoardings of political leaders advertising themselves instead of Assam’s pride Lovlina Borgohain has been removed.

Now, it got replaced by the rightful face of Borgohain.

Recently, in July following Tokyo Olympics Assam Government, to boost Lovlina Borgohain, placed hoardings in different places of Guwahati city. The hoardings displayed the pictures of the political leaders instead of Borgohain.

Following this, BJP received backlashes from the citizens, including opposition parties. It also heated up the Assam Assembly raising questions about the BJP-led Assam government.

After a heated argument with Minister Pijush Hazarika in the Assam assembly, APCC President Bhupen Kumar Borah stated, “Instead of Lovlina posters, why BJP advertise themselves. They only know to promote themselves.

“They don’t know to thank an athlete who has to bring laurels for the state and its people,” Borah added.

Notably, it remains under question mark how BJP led Assam government change its mind within a day that it replaces its hoardings with Lovlina Borgohain.