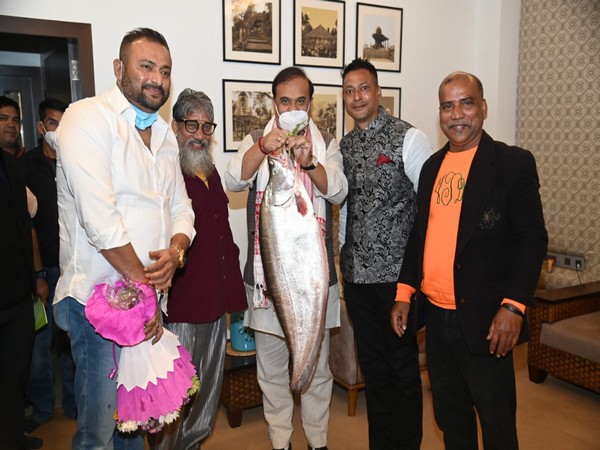 Announcing it, the Assam CM wrote in Assamese, “On the occasion of Uruka, we are delighted to receive 10 kilos of ‘cheetal’ fish as a gift from the Greater Ujjain Bazar Unemployed Fisheries Association. Magh Bihu is the strongest expression of the nation’s dynamic cultural entity and sense of life. Hopefully, Bihu will save everyone’s life and will fill everyone’s life with happiness.”

Magh Bihu is a festival that takes place in the local month of ‘Magh’ in the middle of January. It is also known as ‘Bhogali Bihu‘ because it’s celebrated with community feasts following the annual harvest. The meal, which is cooked from abundant grains after the harvest, is the festival’s main attraction.

The night before ‘Magh Bihu’ is known as ‘Uruka,’ which means ‘feast night.’ People construct a hut out of bamboo, hay, and other locally available materials and spend the night in it known as ‘Bhelaghor’. The next day people set the Bhelaghors on fire after a ceremonial bath in the early morning and offers traditional foods, like Pitha and Laru.

Moreover, on occasion, the youngers seek the elder’s blessings.

According to ritual, the ash obtained from the residue of the Bhelaghor is claimed to be a fertilizer that makes the field more fertile.