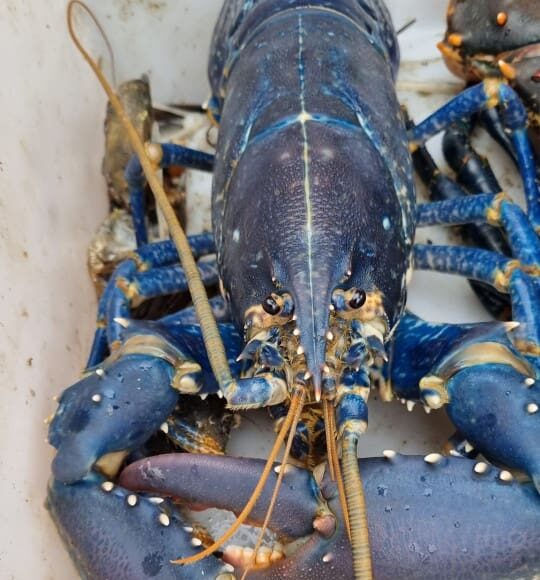 New Delhi: The world is full of rare species, and surprisingly a Scottish fisherman pinch himself after catching a rare one-in-a-million blue lobster.

Since he was a teen, the Scottish fisherman Ricky Greenhowe has been fishing, but he didn’t find such rare blue lobster back and stated it was his first discovery.

He has decided to put this blue lobster back into the deep sea. Mr. Greenhowe caught it on Thursday morning when creels were taken to the surface on his boat.

‘I recognized it straight away and placed him in a box on his own; he said BBC Scotland. He added, ‘I have never seen one earlier, and I have been fishing since I was 14.’

The fisherman stated that a typical lobster of approximately 1.5kg (3.3lbs) would be worth £25. But a rare blue one would be worth much more. He either wants to transmit it to a fishbowl or put it back in the sea.

‘It does not concern the money – it should continue its life, he said.

Lobsters are usually dark brown or grey before becoming pink when heated. Blue lobsters are so-colored because of a hereditary malformation that causes them to generate more of a certain protein than others.

Greenhowe has fortunately found the 3lb lobster, shared some striking pictures of the rare blue lobster in a Facebook post, and captioned it as, ‘One in a million chance they say.’