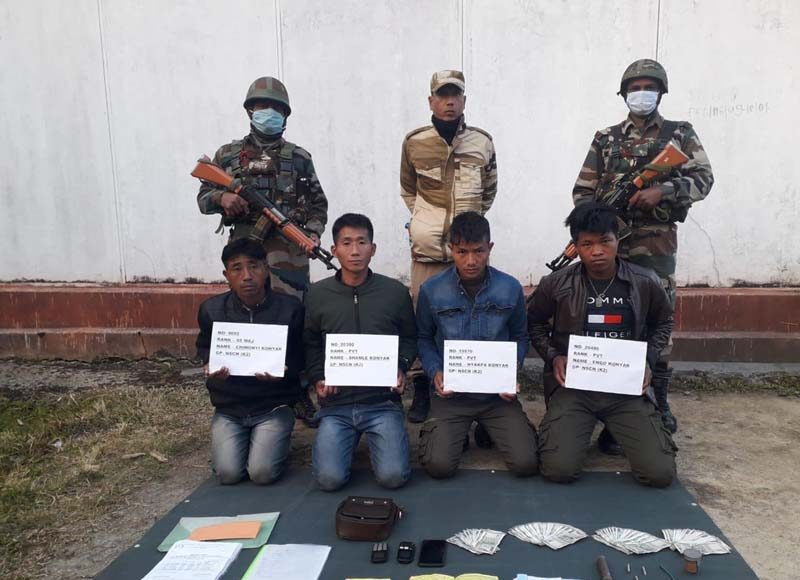 Kohima: A press released issued by Assam Rifles on Tuesday stated that four NSCN cadres have been nabbed in Nagaland.

During a joint operation by the Assam Rifles and Nagaland Police, four cadres of the Niki Sumi Group of NSCN were nabbed in Kohima district on Monday.

One 7.62 mm AK47 rifle with three magazines, including 77 rounds of live munitions, eight 9 mm rounds of live ammunition, and Rs 11,500 in cash were seized from their settlement, the statement said.

The operation was brought out based on special inputs. The arrested persons were handed over to the police for additional inquiry.