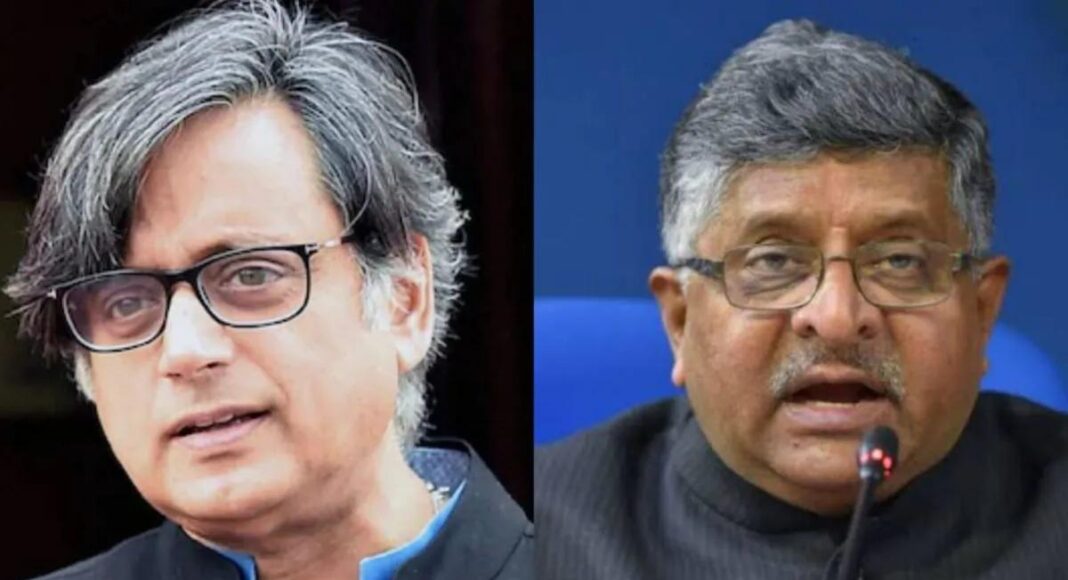 While the news of Ravi Shankar Prasad, Congress MP Shashi Tharoor echoed the same concern, saying that same happened with him too over a copyright issue. Shashi Tharoor said that he will be seeking an explanation from Twitter India over the brief locking of his and Ravi Shankar Prasad’s account. The microblogging site subsequently allowed him to access the account, Ravi Shankar Prasad wrote, “Friends! Something highly peculiar happened today. Twitter denied access to my account for almost an hour on the alleged ground that there was a violation of the Digital Millennium Copyright Act of the USA and subsequently they allowed me to access the account.”

Ravi Shankar Prasad said,” Twitter’s actions “indicate that they are not the harbinger of free speech” that they claim to be but are only interested in running their own agenda, with the threat that if you do not toe the line they draw, they will arbitrarily remove you from their platform”. Launching an attack on the microblogging site for not abiding by the social media rules, the Union minister said: “No matter what any platform does they will have to abide by the new IT Rules fully and there shall be no compromise on that.”

Congress’s Shashi Tharoor took to Twitter and said: “Raviji, the same thing just happened to me. Clearly, DMCA is getting hyperactive. This tweet has been deleted by @Twitter because its video includes the copyrighted BoneyM song, Rasputin.”

Banks to remain shut for 15 days in August